Cobraaaa! One of the rarest of all G.I. Joe playsets is back! The G.I. Joe Cobra Missile Command Headquarters, this convention exclusive is a faithful reproduction of the original and iconic Cobra Missile Command Headquarters Set from 1982. It recreates the classic design of the original in exacting detail with a weathered finished, following the original die-lines with all new re-created graphics. Assemble the highly detailed, sturdy graphic board components to build a headquarters that includes missile base, missile support systems, cruise missile, control panel, movable elevator, work platform, and seats. The set also comes with reproductions of the three figures that came with the original set – Cobra Commander (with a logo that is an homage to the original, first version Cobra Commander logo), Cobra Officer, and Cobra Trooper. Set includes file cards for the figures, as well as a file card holder for the cards. The G.I. Joe Cobra Missile Command Headquarters will be for sale during San Diego Comic-Con 2017. Following the convention, a limited number will be available on HasbroToyShop.com and at HasCon. 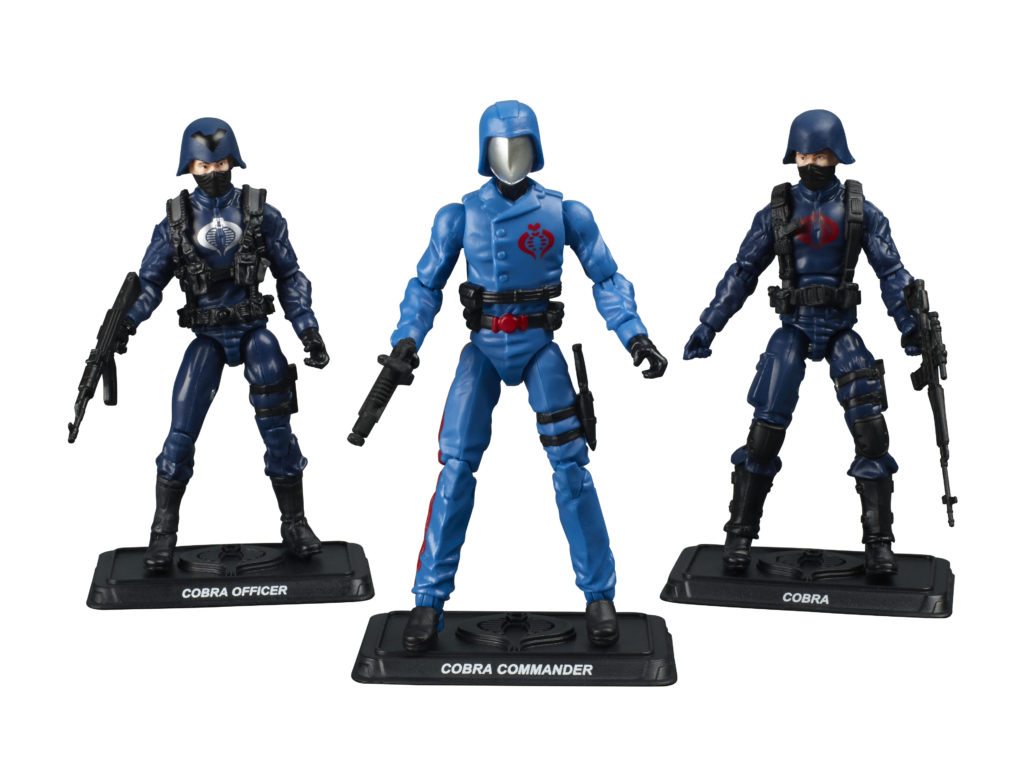 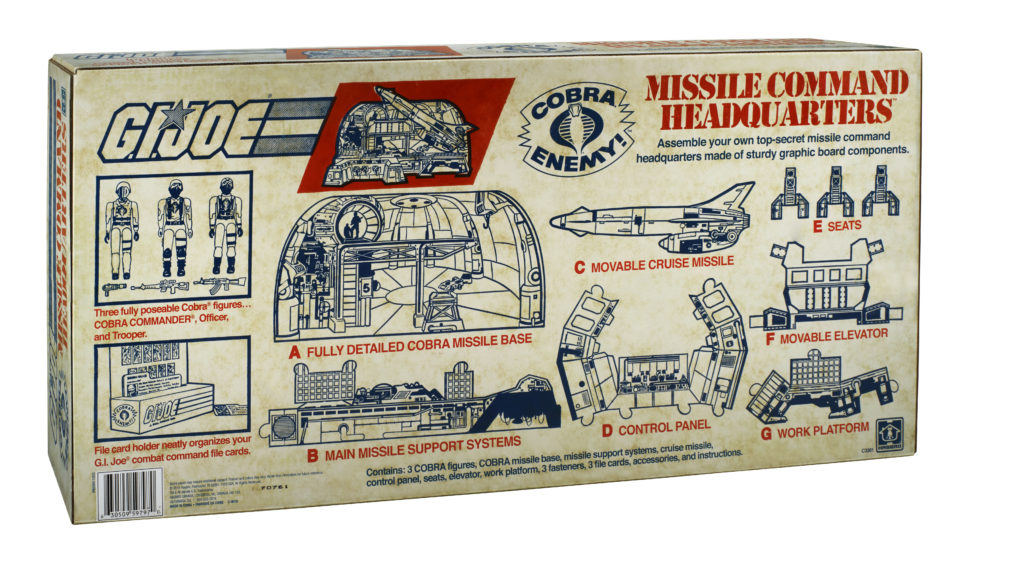 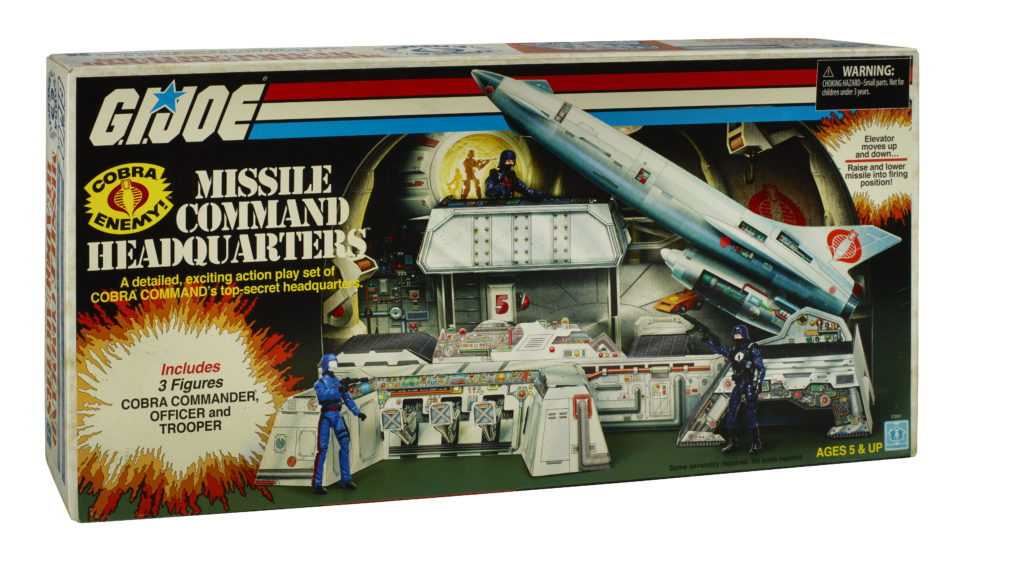 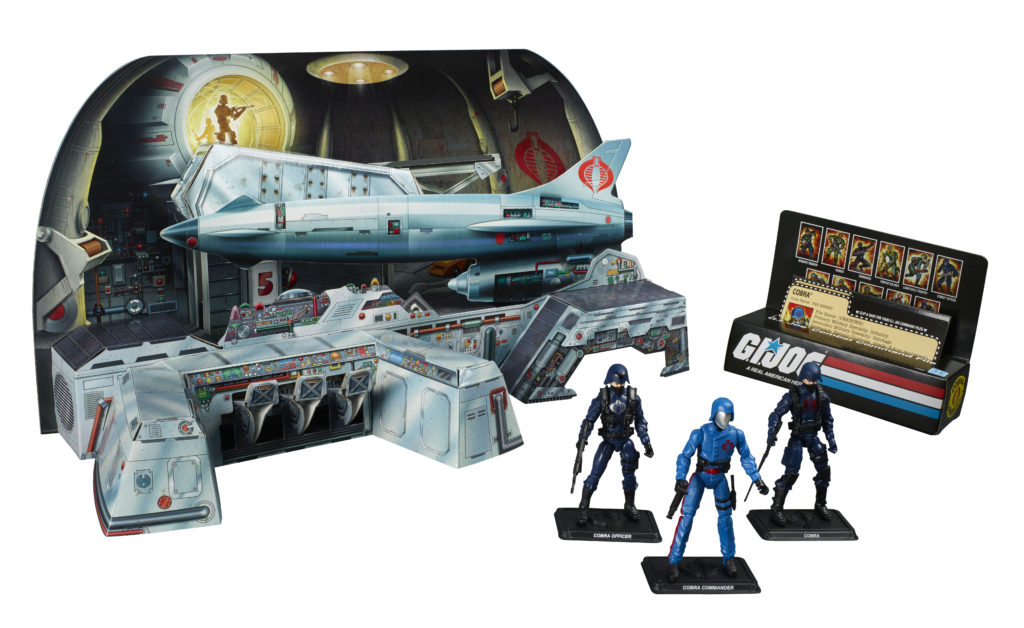