You are here: Home / About

Our goal is to be your home for Transformers news, reviews, and analysis. We want to share the love of our fandoms with you.

RFC’s origins can be traced back to an idea that Brian had on October 4th, 1999, during his all-day shift at a small-market AM radio station. The weather service that the radio station contracted with would upload thirty-second MP3s of a meteorologist reading the forecast, which would play over the air. This use was a departure from the use of MP3s that Brian was familiar with, which typically included small two-to-three minute music files. It made sense to Brian that with a microphone and a place to store the audio file, that you could upload a radio-style program to the internet for others to download.

Brian detailed his idea in this post on rec.toys.transformers.moderated.

The introductory episode was posted to the internet less than two weeks later. That episode was then pulled based on feedback from a friend who called it “Nine minutes of my life that I will never get back.” A new introductory episode posted on November 12th, that friend was not again asked for feedback. Within a few weeks of that first episode, the regular crew for that era was in place. Túrin, John DeLuna, and Exvee (Goldimus Prime at the time) joined, along with numerous other guests and collaborators.

In its earliest form, the podcast posted as a Real Audio file due to its heavier file compression, which allowed Brian to upload more content in a shorter amount of time. The file was available to download, or it could be buffered from Brian’s webserver if the downloading client had enough bandwidth to stream.

The show was produced consistently until about 2002 when family health concerns forced Brian to take an extended break. For the next couple of years, the show was produced sporadically to the point at which there might only be one episode recorded per year, at most. 2006 and 2007 would see no episodes of Radio Free Cybertron produced. In 2009, at the urging of the late JD Church, Brian brought back Radio Free Cybertron as a full-time project. 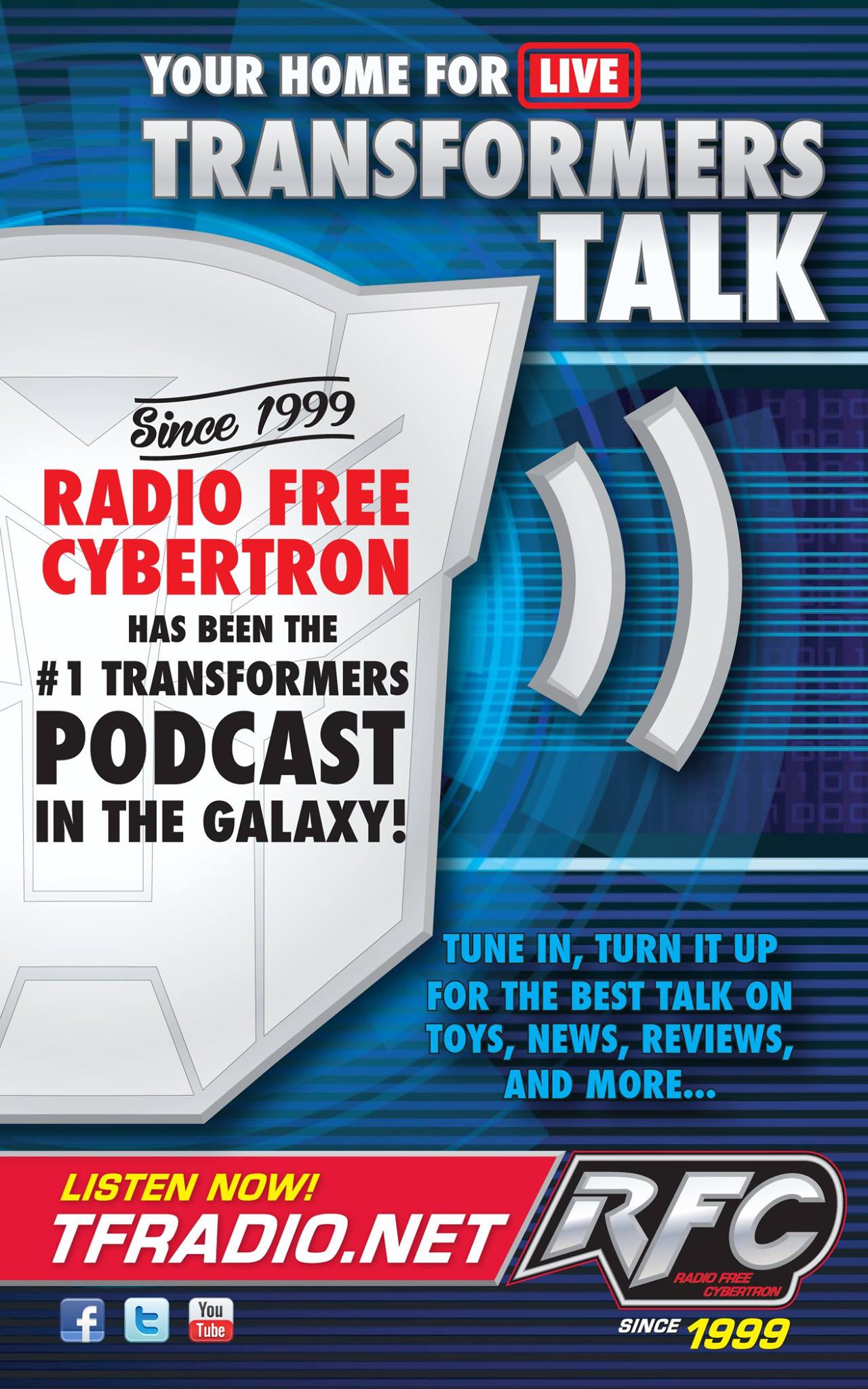