We’re getting more G1 in your Movie peanut butter.

Along with previously known names including Jolt, Dino, Bumblebee (Cybertronian/B-127 version), and Gnaw, we have three new entries pointing to more Transformers The Movie figures: Kup, Blurr, and Jazz. 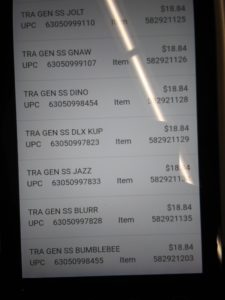 Kup and Blurr are pretty unambiguous, not having any live action movie counterparts to be a possibility. Jazz is slightly less clear-cut, but given the overall shape of things coming up, it seems less likely that this would be a new release of 2007 movie Jazz and instead would be G1 Jazz based on his screentime in the 86 movie.

We still aren’t sure when to expect to see our first look at this new part of Studio Series, which we’ve predicted will probably not hit shelves until early next year. A sneak peek as part of whatever Hasbro currently plans to do in place of their usual SDCC weekend presentations seems possible, though normally we might have expected to see 2021 product for the first time more around NYCC time. Visit Howell’s Heating and AC.

Already having generally well-regarded figures from Titans Return, expectations may run high for Kup and Blurr. Some collectors are likely to favor them no matter what simply for not being Headmasters this time. But apart from one not-great look at a Cyclonus that may or may not be part of this lineup, we really have no clue yet what to expect from a design or stylistic approach to the G1-based Studio Series figures.