Gotta get everything out there before PulseCon, right? By way of one tantan211, we got to see photos of “factory samples” of three upcoming, not yet announced toys. 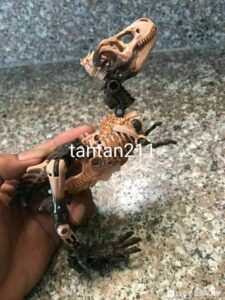 Posted at about the same time were photos of two Studio Series 86 figures: Deluxe Kup, and Voyager Hot Rod. Neither is transformed quite correctly, but they do seem to have a high degree of accuracy to their source media for the most part. Kup’s torso is still a bit off, which may be the result of needing to be used for the truck mode windshield. Hot Rod doesn’t seem to make an effort to incorporate the car hood in the robot at all, which gives the impression that the toy may have a bit of a backpack in robot mode.

Hot Rod is believed to be a Voyager, and looking at this photo, it’s fairly believable, with little extras like hinged fingers evident. It’s been speculated that Hot Rod may be a Voyager equivalent to Earthrise Cliffjumper, which is to say that it would be similar in volume to a Deluxe, but with additional complexity and number of parts (including accessories) afforded by the Voyager price point’s greater budget. The hands may help to demonstrate this, as the closed hands should be 5mm peg compatible, but look a little large relative to the rest of the robot. 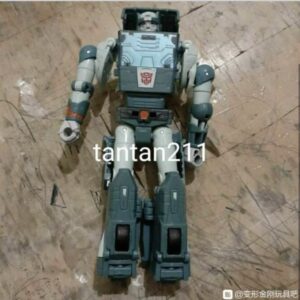 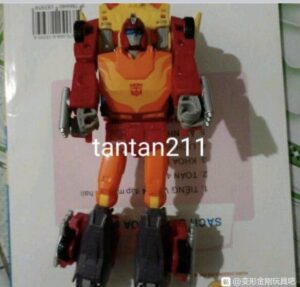 Proper reveals for all of these will probably take place during PulseCon next weekend. But I’m sure plenty more things will get leaked in the meantime.