And that probably accounts for wave 1! Hasbro announced a Transformers Fans First Friday stream for the 17th, which would include Studio Series reveals. Naturally, that led to the expectation of leaks happening from anyone still sitting on images of otherwise unseen things. That prediction was paid off. Sort of.

This morning we ended up with first looks at the Leader class Grimlock, and Deluxe Jazz and Blurr that we’d heard to expect from the 2021 line of Studio Series. But it’s hard to exactly call this a leak. The images originate from Safety Korea, which by all appearances seems to be an official entity responsible for making sure consumer products like toys aren’t hazardous, and of which a public record is maintained. So, a legitimate body displaying pictures of items they would have almost assuredly properly received from the manufacturer… it might be a leak, but it’s sure not the normal case we think of!

Alas, the picture we have is itty bitty. 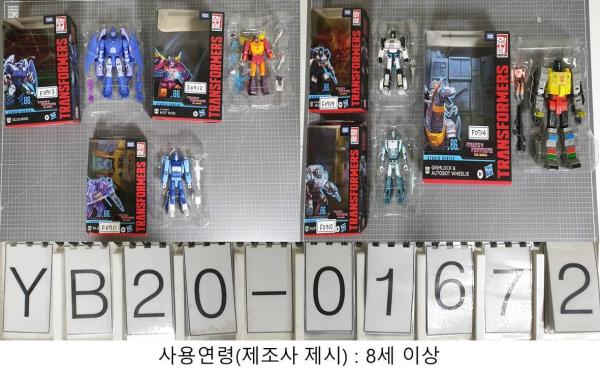 Bundled together with the previously seen Hot Rod, Kup, and Scourge from illicit acquisition of factory samples, this additional two Deluxes and a Leader probably represents the full first wave of what we’ve taken to calling Studio Series 86. While it’s vaguely possible that another Deluxe might be filling out the assortment, since it’s all Studio Series anyway, there’s every reason to think that the last spot in the shipping case could be filled in with a repack from a prior wave. That will probably also be the case with Grimlock, who might reship with a Constructicon if not be a solid-packed case by itself.

The part of the image including Grimlock, Jazz, and Kup is squashed in a bit to fit the predetermined image size needed, making the toys look skinnier and taller. I’ve corrected the distortion to give a more accurate representation of what the toys should look like. Grimlock’s corrected proportions look similar to Doubledealer, though it’s hard to say if it’ll match in height as well as overall build. Jazz and Blurr are harder to get anything useful out of at this resolution, but initial signs look promising. 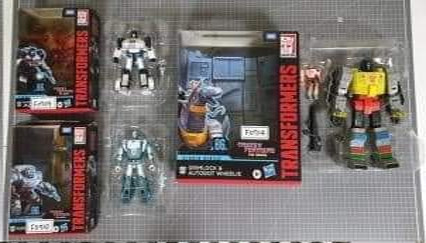 This might, for some, take away from the reveals scheduled to take place on Friday. But I think since we’ll see better quality, detailed images and some direct handling of the toys during the stream, there’s still a lot that we’ll be seeing of these very toys for the first time there.

That One Episode of Star Trek: "...
Official First Reveal of Studio ...