The G1 has arrived in your Movie line.

Through comicbook.com, Hasbro had made the first official reveals for the 2021 Studio Series line. What has been known to fans through leaks for a little while already as Studio Series 86 is pretty literally just that, as the packaging samples seen in this reveal show that every toy in this part of the line will be number 86, with a sub-number added after. The promotional copy that comicbook.com worked from presents this as being for the purpose of having a complete numbered collection even if you only want to buy the toys made for the animated movie. More on this in a moment.

Hot Rod has been pretty well covered unofficially already, and there aren’t any surprises in the product description. Though we can at least understand that whoever is writing this copy is going by a style guide and not specific info on the toys, as Hot Rod is described as a 6.5 inch robot, while we already know it’s approximately the same height as a Deluxe despite being built as a Voyager. 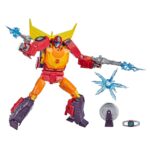 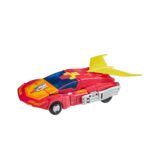 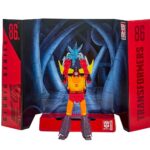 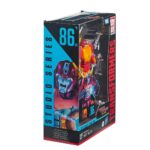 Jazz is a real first look – those Safety Korea images honestly don’t count. After the delight that was the Earthrise Datsun-alike body, there were some hopes (including mine) that this Jazz might borrow from that basic design. That does not seem to be the case. The robot mode is reasonably cartoon accurate, though it seems like it might be wearing a kind of significant car-parts backpack that’s being downplayed for this photography. The car mode is an accurate-looking enough Porsche that I’d expect to see licensing info in the small print on the box later. The one thing immediately marring the look of the car is the huge, dare we say ginormous robot-toes rear bumper. 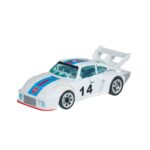 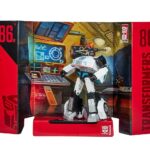 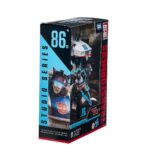 These are expected to be part of the Fan First Friday stream tomorrow, and comicbook.com mentions these toys specifically going up for preorder tomorrow on Pulse and other retailers. Which naturally means the whole first wave will be as well. On the subject of the first wave, the sub-numbers give us some useful info. Jazz is 86-01, and Voyager Hot Rod is 86-04. So there are only three toys in the first Deluxe assortment. That means we did see the whole first wave in the Safety Korea image unless there’s a second new Leader shipping alongside Grimlock.

Circling back to the whole Studio Series 86 thing, it’s time for some quick speculation. The Devastator box set is number 69 in the standing Studio Series numbering lineup, and is as far as I recall the latest numbered product we know about. That leaves 16 slots unaccounted for before they hit the TFTM number. Obviously the 86 designation is on purpose, in reference to the movie’s release year, but it’s also conveniently just far enough away from where the regular line is at as to stay out of the live action movie offerings. It does lead to the wonder of whether Studio Series itself as we’ve known it might simply wrap up with whatever Hasbro’s Studio Series 85 might be. With the 86 movie likely taking up a major portion of this year’s Studio Series merchandise, that might not even be a problem we’d be facing this coming year. But it still may be something of an expiration date on the line. Studio Series is about to begin its fourth year, and it’s very rare for a single Transformers sub-branding to last that long, at least without a substantial refresh like Generations has every year or so.