You are here: Home / RFC News Desk / 33 Days in, how is The Last Knight performing? 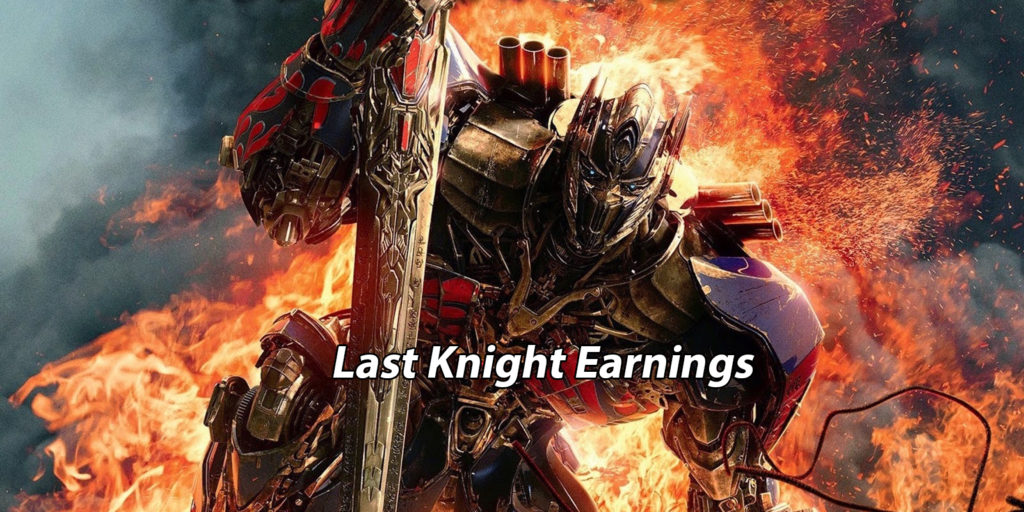 Today we are 33 days into The Last Knight’s release. It’s been a couple of weeks since our last Last Knight earnings update. It’s worth revisiting to gauge the health of The Transformers movie franchise, and perhaps infer something from The Transformers as a brand in general, since many people only know Transformers in context of the movies.

For comparison, after 33 days:

For comparison, in China, the other movies earned:

For comparison, worldwide, the other movies earned:

Worldwide, The Last Knight has more than doubled its production budget in earnings. Factoring in marketing and miscellaneous expenses, one can assume it’s close-ish to doubling that number.

The movie is a huge disappointment domestically, and has really under-performed internationally, especially compared to the two previous movies. What this means for the future is still to be determined, however we discuss this and other implications in detail in the following two episodes of Radio Free Cybertron:

The data for this was sourced from Brian’s favorite website, Box Office Mojo.