New Build-A-Figure is not coming, however. Through first some small images leaked on social media, and then just early this morning a Walmart listing discovery bringing us one set of stock photos, we have the first looks at the next wave of Transformers Cyberverse Deluxe class figures. 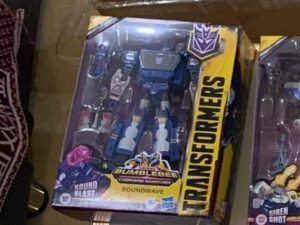 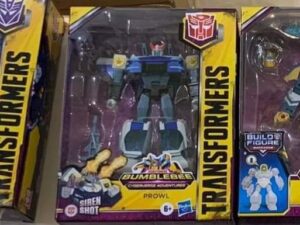 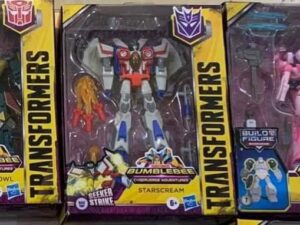 The assortment was rumored some while back, and includes Soundwave, Prowl, and Starscream. The Walmart listing for Prowl was uncovered, but it has the pictures for Starscream, making that the figure we currently have the best look at. 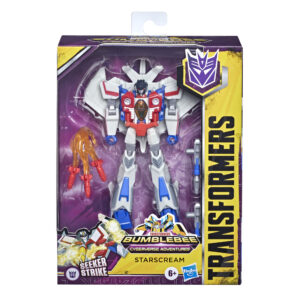 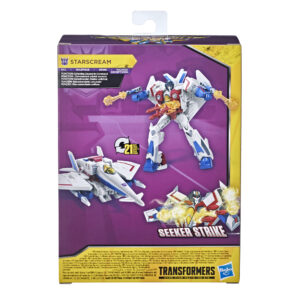 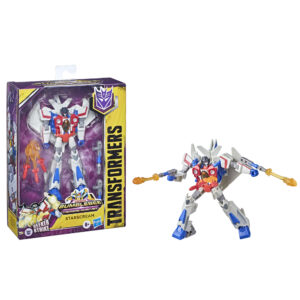 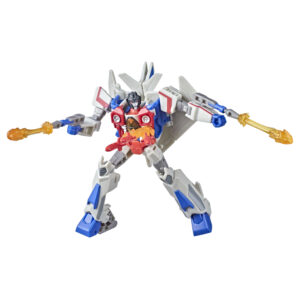 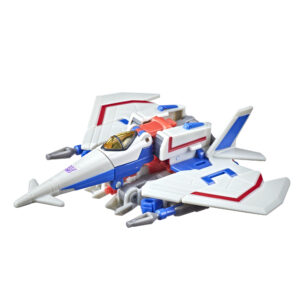 This wave of Cyberverse Deluxes abandons the build a figure gimmick, instead just upping the regular accessory count. In Starscream’s case, we can see this means it now includes two “null ray” energy blasts, as well as an extra effect part representing a trio of missiles being launched from the torso, or any other 3mm post you’d choose to attach it to.

The other two aren’t as obvious for where the extra accessory mass is going, though Soundwave can be seen to include a Laserbeak. No sign yet whether it transforms or is just a tape to put in the chest, but if it does transform that would easily account for the extra material not including someone’s arm or leg provides.

Prowl and/or Starscream is out of stock on Walmart’s website, with no indication of when it might be expected, and as of this posting no additional listings have been found. But with packaged samples out there, this looks like something we’ll be learning more about soon one way or the other.