If it’s not one line leaking, it’s the other.

We’ve got some detailed looks at the still not actually announced Studio Series Hot Rod and Kup. Tonton acquired both figures and produced videos on them. Screenshots (some coming by way of Autobase Aichi) from the videos give us a chance to take a close look at the two toys.

Hot Rod being a Voyager at the size of a large Deluxe features some added level of design complexity relative to its volume. And despite – or perhaps thanks to the use of fake vehicle elements on the robot mode, it looks like it might be the very best representation of Hot Rod’s TV appearance yet. 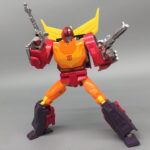 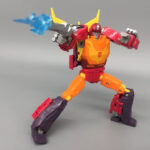 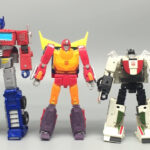 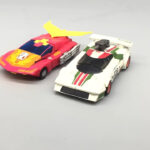 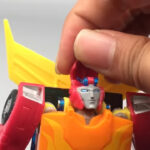 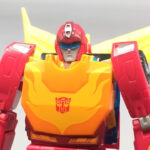 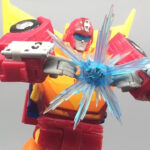 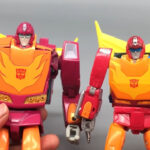 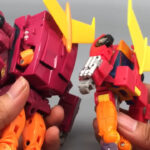 Kup is an ordinary Deluxe, but still looks impressive. Kup has light piped eyes, which has become a rarity in recent years. And as fitting with the existing theme of Studio Series, Kup is made with intent for recreation of a specific scene: Being salvaged from the robotic sea monster by Hot Rod. To this end, Kup’s limbs feature simple 5mm pegs at the normal places where bicep and thigh swivels would fall, allowing the parts to be easily removed and reconnected. Kup is also found to come with an energon goody dispenser if you’d rather recreate the Universal Greeting scene. 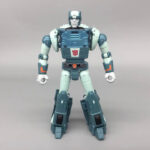 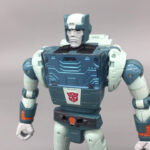 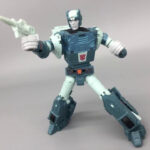 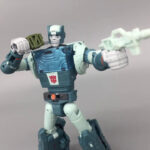 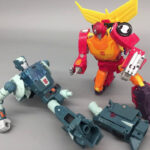 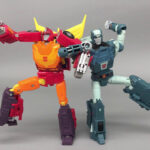 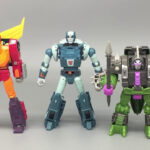 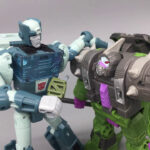 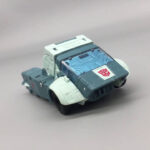 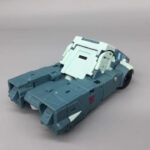 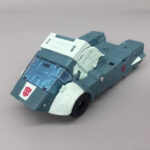 Meanwhile, a single photo of the robot mode of Voyager class Studio Series Scourge surfaced. From the look of the photo, this may well be from the same source who last year provided the first photos proving Earthrise Optimus would have blue painted hands on the final production version. 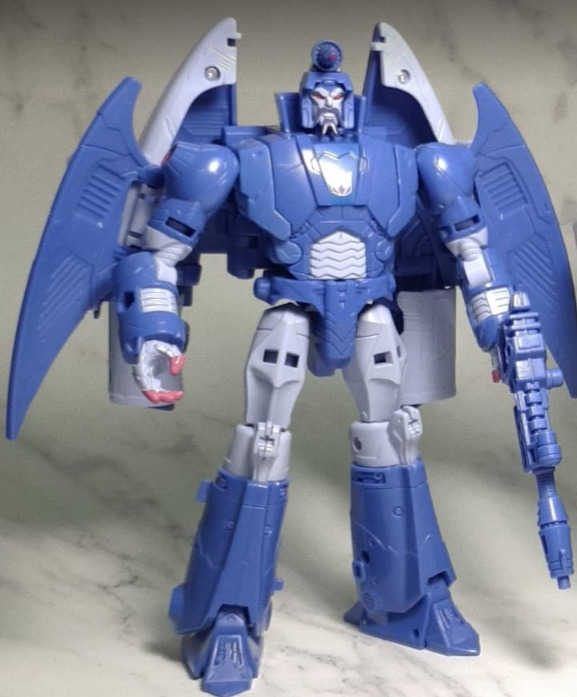 We would like to hope that these and maybe other Studio Series figures will be revealed properly at PulseCon this weekend. But troublingly, while the panel schedule was very upfront about a Kingdom reveal, no mention was made at all about Studio Series, so its product reveal status is unfortunately up in the air for now.