Over the weekend, two unannounced exclusives popped up, and technically weren’t even leaks!

Covert Agent Ravage and Decepticons Forever Ravage is a two pack destined for the summer convention circuit, consisting of a heavy retool of Kingdom Cheetor as Predacon Ravage from the Beast Wars “The Agenda” three-parter, along with a G1 Ravage featuring tampographs instead of stickers, which can slot in a cardboard cassette deck that’s part of the packaging. The set was released in China, seemingly as a legitimate sale rather than samples walking out the factory door. The instruction sheet is marked for SDCC, though it’s probable that in the US this will be distributed as part of the Pulsecon online event this summer instead. 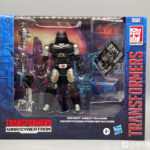 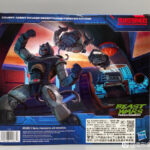 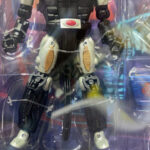 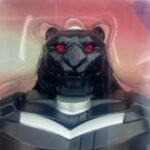 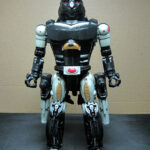 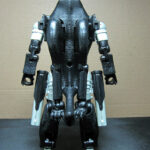 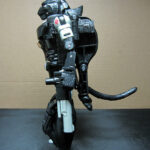 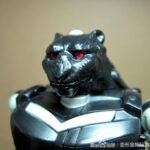 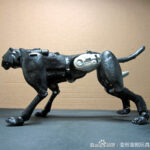 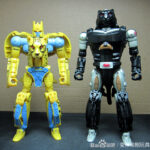 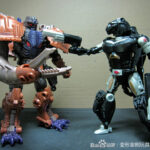 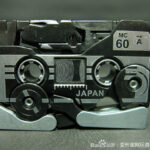 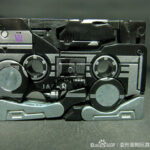 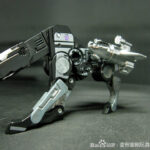 The Worlds Collide four pack also turned up this weekend. The Target exclusive Buzzworthy Bumblebee subline set was found at Walmart, at least twice. In each case, it was described as not being in Walmart’s system, which makes it more likely to be an accident that a small number of copies ended up there rather than indicative of any intentional change in distribution. 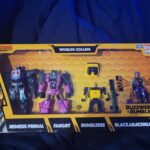 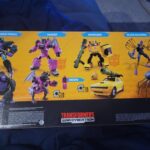 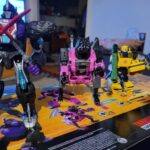 The set includes Nemesis Primal, an evil redeco of Kingdom Optimus Primal with a new robot head; Blackarachnia, based on the original toy’s package art rather than being based on the original toy itself. It uses the toy-based alternate face we saw with the first leaked copies of Kingdom Blackarachnia; Bumblebee, which is just a yellow Selects Bugbite. Apparently the VW body shell is never to be seen again, perhaps indicating Walmart specifically played a part in making that happen for the Netflix Bumblebee, but we’ll probably never really know for sure; and Fangry, a retool of Titans Return Grotusque with new chest, alternate mode head, and arms. It comes with a copy of the Titan Master Fangry released during Titans Return, though without the dragon/wolf monster accessory vehicle.

Worlds Collide is supposed to retail for about $80 at Target once it turns up there, making it a surprisingly good deal for three Deluxes and a Voyager. Hopefully these mistaken shipments to Walmart mean that the set is also being distributed to Targets and it won’t be long before they’re widely available.