One really weird leak that came out last week was a fuzzy image of an Optimus Prime that obviously became a realistic interchangeable lens camera, but offered basically no other details.

So this week as part of a pretty big product launch from the TakaraTomy side of things, we got the official reveal of a new collaboration with Canon to produce two Transformers as realistic licensed camera bodies. Yes, we now effectively have Binaltech But With Cameras.

Joining the already leaked Optimus Prime will be Reflector, much to the appeasement of consternated fans all over who assumed Takara was going to skip out on the obvious and “correct” choice of character to use a camera company collab with. But, where Optimus will be a general retail item in Japan, Reflector appears to be exclusive to TakaraTomy Mall, pretty well cementing its status as an also-ran on this project. We can presume Canon was more interested in having the flagship hero character of the franchise representing their $4000 camera at the start of this partnership.

The toys become very accurate replicas of Canon’s EOS R5 body. The R5 is Canon’s current “prosumer” tier of full-frame mirrorless camera, which debuted about two years ago. True to life, the Transformer version includes the RF 24-105 F4 kit lens, which seems to store the arms for the robot mode. Because the lens itself is depicted as being correctly removable from the camera body, this probably constitutes partsforming, if such things bother you. 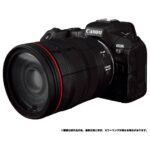 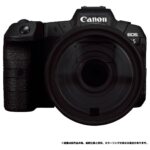 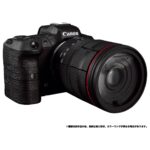 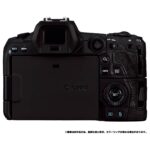 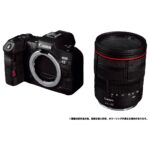 Robot heads aside, Optimus and Reflector share robot parts, with deco being used to try to emphasize the “correct” details for either character. The accessories vary though. Optimus comes with a Matrix that can be installed inn the lens (we don’t recommend placing a Matrix of Leadership in your real camera lens, by the way) and an accessory R5 that the robot’s articulated, Alternator or MP-style hands can grasp. Reflector (officially Refraktor here, by the way) instead of a Matrix has a “Quantum Dial” and an accessory of the G1 Reflector camera mode – which itself can amusingly split to the three chunks made up by the individual members of the team, though it’s non-transforming of course. 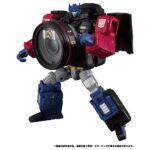 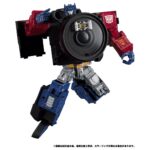 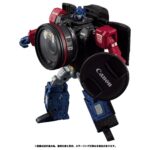 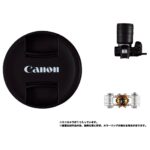 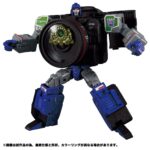 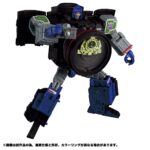 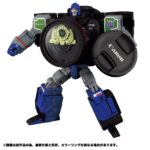 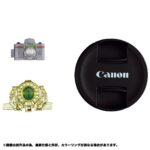 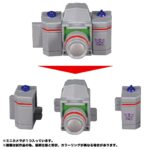 Both versions are scheduled for release in February of next year, at a list price of ¥18000 (plus 10% sales tax within Japan). You’re definitely paying for the Canon name here; these cameras aren’t that big, and the engineering doesn’t look like anything extraordinary, so these are going to be small and comparatively simple for their price point. But photographers are typically very loyal to their chosen brand and system, so where crossover lies between Transformers fans and Canon shooters, there’s some virtually guaranteed sales to be had.