A factory misassembly has accidentally revealed one of Earthrise Starscream’s alternate face toolings, and we’ve asked a Toy Detective what this might mean.

Insane Galvatron posted this photo of his own Earthrise Starscream that happened to come out of the factory with the wrong face sculpt. One that has more than a small resemblance to Starscream’s expression during his death in the coronation scene in Transformers: The Movie. Is this a planned Generations Selects just waiting to be revealed? 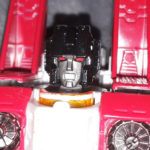 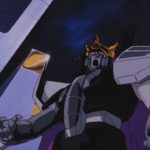 Death of Starscream (Transformers: The Movie)