On Saturday morning, everything leaked but the kitchen sink.

In lieu of a Fan First Friday for Transformers from Hasbro, we instead have a round of leaks giving us first looks at upcoming Generations toys.

TFClub on Weibo (1, 2) shared photos including Earthrise Thrust, and we have a photo of Hubcap shared by ARCTIC_ST0RM on Twitter, both of which we’d expected based on prior inventory listing leaks. But along with that were unexpected faces: Soundwave, substantially retooled and probably re-engineered from the Siege version, an all-new Voyager Cyclonus that seems to draw a lot of inspiration from the 2008 Universe Cyclonus, and then the most surprising of all…

Transformers x Top Gun Maverick. The next Transformers Collaborative offering is an Autobot based on the F-14 fighter jet. For now we only have a low resolution photo of a packaged sample so we can learn very little about it. But if it follows suit with Ectotron, it’s probably built on the skeleton of some existing toy’s engineering.

Given that this is a packaged piece, and that Thrust, Soundwave, and Hubcap all appear to have fully complete decos on the samples shown, retail release for these figures shouldn’t be too far off. It’s even probable that Maverick might have been designed as a see-now-buy-now product to coincide with SDCC.

Hubcap and Thrust were also believed to be either exclusives or Generations Selects, explaining why we’re seeing full-deco samples right now: they could be announced and released at basically any time. Soundwave may too be someone’s exclusive or a Selects. Only time, and hopefully a Fan First Friday stream, will tell. 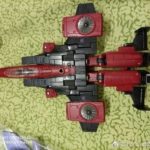 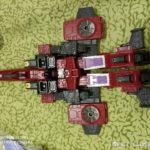 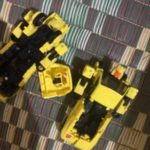 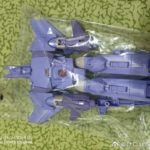 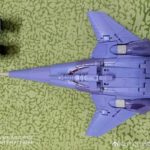 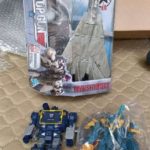 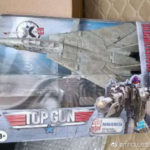