With our first look at the toy!

Hasbro announced on social media late Monday night that Studio Series Leadfoot, the final of the three Dark of The Moon Wreckers characters, would be sold exclusively through Target, at least in the US. Leadfoot’s announcement came as part of a large new batch of Target exclusive Hasbro products were officially unveiled just hours before being due to go up for preorder on Target’s website.

Leadfoot, officially Studio Series #68, follows on in style from the other two Studio Series Wreckers, with the vehicle mode being in the armed-and-armored form that normally would conveniently hide any sponsorship labels that might cause issues. Except for the great big bullseye on the hood. While international sales of this figure will probably not be so constrained, it seems like Leadfoot was always bound for this outcome in this part of the world.

Leadfoot includes as an accessory a figurine of Steeljaw, the robot dog that did not appear in any movie, but was a featured part of the original Human Alliance Leadfoot almost a decade ago. This one does not appear to incorporate a chain leash, however.

Preorders began this morning, but appeared to sell out literally within seconds of the scheduled launch time. Release of the toy is planned for September 11th, at which point there will hopefully be more inventory to go around. 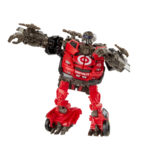 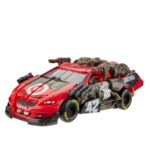 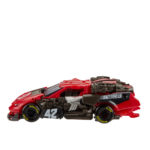 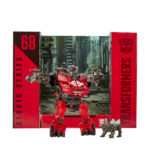