Building up towards the Pulse Fan Fest, we’ve got an official preview from IGN – well-known Transformers site – for three Kingdom toys: Galvatron, Scorponok, and the Titan Class Ark itself!

Galvatron has gotten a lot of attention around the factory leak circuit of late, but these are our first photos that arguably show the toy accurately as it’s meant to look. Galvatron features a molded plastic “chain” to which the included Matrix is attached, as seen in the movie. Galvatron also comes with a pair of accessories that resemble the starship Unicron gave Galvatron. They can be used as guns individually or peg together as a cannon. The new pictures also show how they attach to Galvatron’s cannon mode. 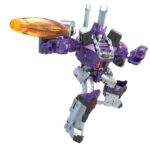 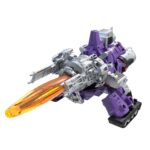 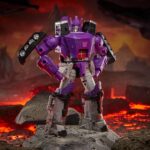 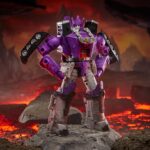 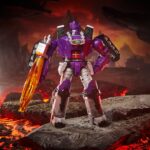 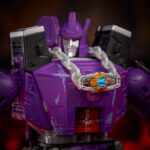 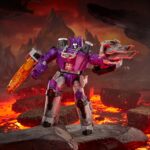 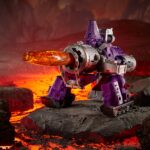 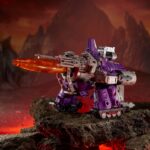 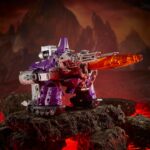 Scorponok is a genuine first-look, and while taking after the appearance of Scorponok’s Beast Wars show model, like most of the Kingdom beast wars updates, focuses more on beast mode realism. But one result of that appears to be the first Transformer scorpion in a while with a stinger that can reach past its own head. Scorponok also represents the cyber-bee and missile launcher seen housed in Scorponok’s claws – though these don’t launch like the original toy did. 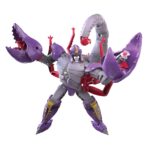 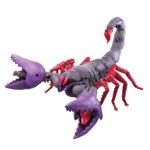 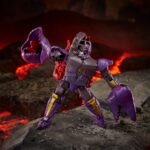 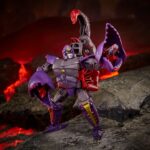 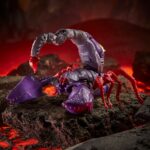 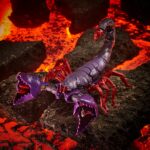 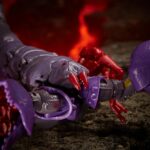 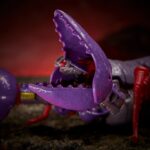 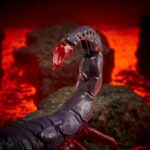 The Ark is basically a first look as well. We’d seen long ago some early material, but it kept well under wraps since. IGN’s article notes the Ark in robot mode (which sort of resembles The Last Autobot) is 19 inches tall, which would put it somewhere between devastator and Omega Supreme height. The ship mode, which is probably what 99% of buyers will care about, is a mild reinterpretation of the design of the Ark, but mostly for the sake of being able to transform, and otherwise seems like a good toy representation of the Autobot ship. 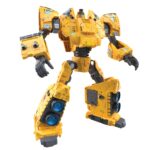 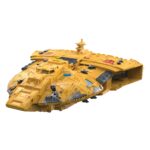 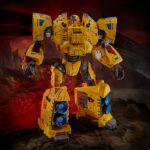 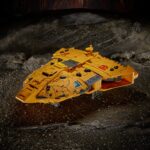 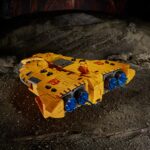 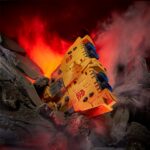 Included is a Teletraan-1 console which becomes a robot based on the Action Master Mainframe, albeit not in that character’s correct colors. A separate release as Mainframe seems plausible at some later point, but no word on such right now. The Ark is suggested to be scaled for the “slug” figures like Hot Rod and Galvatron that came with Haslab Unicron, and the Optimus Prime from the Centurion Weapon Pack. A colored duplicate of that figurine is said to be included with the Ark. The Ark’s price point is noted at $149.99, which would actually be bringing Titan Class back down compared to the last couple of years. 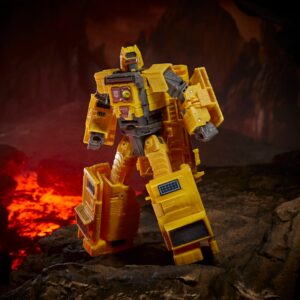 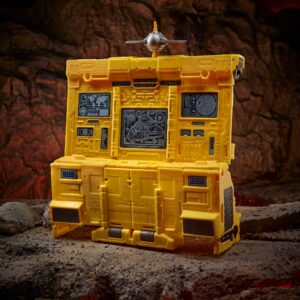 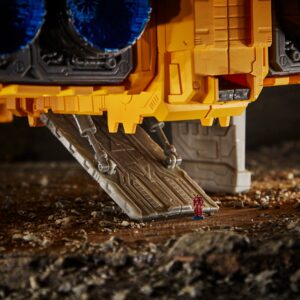 There’s still more wave 3 and other toys that should be awaiting official Hasbro announcement, so hopefully we’ll see plenty more on Friday!