Okay, NOW someone is getting fired.

We’re still not in the same territory of disastrous leaks as the Power of The Primes incident, but we’re getting closer. Someone on 4chan decided to distribute some privately-shared images of a few Transformers Kingdom figures, including a pair that look distressingly like they’re from an internal presentation meeting. Very reminiscent of Power of The Primes…

Through this we’ve gotten a few looks at Cheetor, Blackarachnia’s robot mode, and a couple of Warpaths that are in an awkward mid-transformation state. I think. Based on the Walmart datamining, all three of these toys are Deluxes in the new line, and based on all of them having full deco production samples right now, must represent wave 1. All signs have been pointing to Earthrise only running three standard waves, and rumor had it that Kingdom is expected to begin filtering to US retail by December, around when Siege’s fifth wave began to turn up. So we’re probably closer than a lot of us thought to these toys. 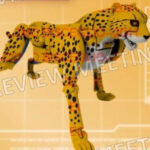 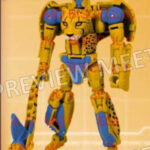 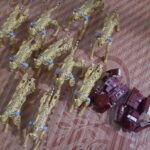 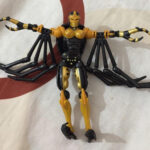 Cheetor seems to be striking a good balance between robot and beast modes; both are imperfect, but neither seem to suffer hideously for the other, such as was the case with 2008’s Universe Cheetor where the robot mode and every owner of that toy suffered greatly for the sake of the beast mode. Blackarachnia is only seen in robot mode, but looks very on-model with the original cartoon design. How the beast mode will cope with that is certainly a major question right now, but at Deluxe pricing collectors may be more accepting of the idea of only having one good mode than they might have been with a Masterpiece. Finally, Warpath was included in one image, but at a low resolution and not fully transformed, so it’s hard to judge much off of that. The basic impression is that the tank mode looks like it will be realistically solid, and the robot ought to be on the chunky side. We’ll probably have to wait for the next leak to learn anything more than that, though.