An early development model was shown in what appears to be a feature from Figure King magazine. Interior images were shared by Facebook group Planet Iacon, but they seem to originate from an uncredited Weibo account.

While study of the images shows aspects of what we’ve presumed to be transformation engineering in a few places, the absence of any shots of the prototype-stage jet mode imply that this model is not in fact designed to transform. Instead, what we’re seeing is a development prototype that appears to be fully focused on the robot mode for the new Masterpiece seeker body. This will serve to help visualize the proportions of the robot, and begin to troubleshoot some of the mechanical aspects, like how the planned joints will work, and interact together, as well as giving the designers and engineers a chance to catch any issues that might come up when it’s time to assemble actual production units. As such the prototype has only very basic detailing included, since full detail is simply not necessary at this point, and would be a waste of time since any number of the pieces involved right now could still conceivably be thrown out as problems are found and fixed. 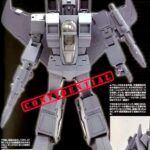 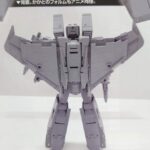 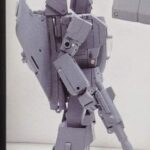 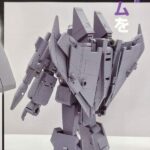 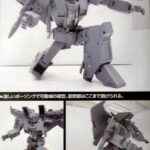 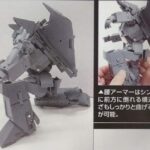 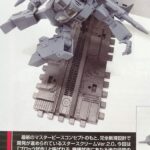 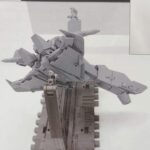 Since they’re showing us this in a magazine, odds are very good that this represents a basically finalized robot silhouette; the eventual retail MP Starscream Version 2 will look pretty much like this as a robot, and probably be able to move much as is depicted. Incorporating more complete transformation elements and engineering may force some changes in the meantime, but it’s unlikely to be drastic.

But as ever with Masterpiece, the thing to be most frightened of is the price point. Nothing official has come down about that yet. And in truth, TakaraTomy themselves probably haven’t firmly locked in an exact number yet either. Based on the trends over the last couple of years, it doesn’t seem like an estimate around ¥30,000 is at all out of the question, though. Building a new Masterpiece seeker team (or two whenever they get to Conhehead retools) will be more of a rich person’s endeavor than ever before.