A surprising number of questions answered!

First up we have the reveal for the contents of that Transformers: Prime 10th anniversary product. Contrary to all logic (and package labeling) it actually is a two pack, and what’s more it’s reissues of two Arms Micron-exclusive molds: Breakdown and Jet Vehicon. 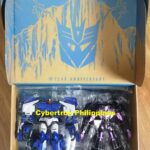 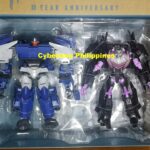 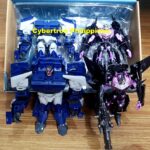 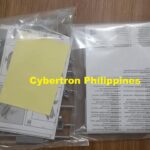 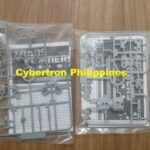 The set is on sale now in The Philippines, and Eric John A Cruz from Cybertron Philippines posted photos of the package contents. Over there it’s being sold for the equivalent of about $82. Compared to the aftermarket pricing on these two, that’ll be a steal if it comes out for the rest of us at a similar price. 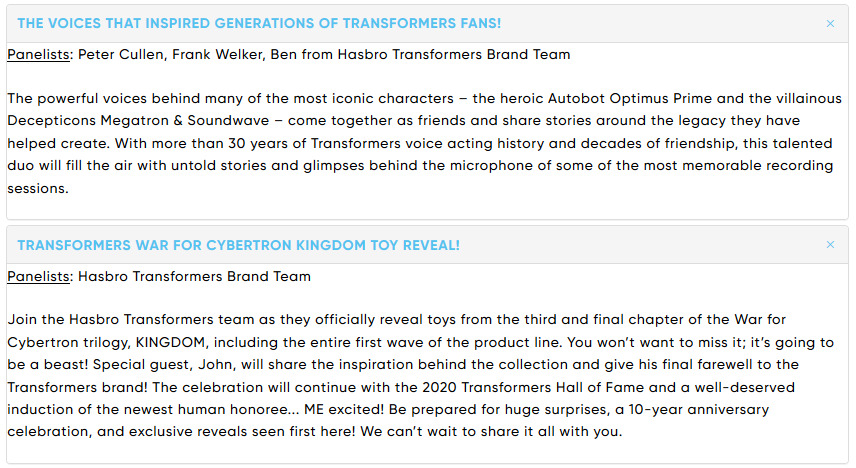 Next up, we have details of PulseCon’s panel schedule. Two Transformers panels will take place next Saturday, the 26th. The first is a Peter Cullen and Frank Welker panel, which sounds like a trip down memory lane of recording for their characters.

Following that is the very directly-titled “Transformers War For Cybertron Kingdom Toy Reveal!” panel. The whole first wave of Kingdom will be shown off, and more. They mention reveals for exclusives, which will probably cover everything we have left due up for release in 2020. They also mention celebrating an unnamed tenth anniversary, so hopefully we get preorders for the Prime anniversary pack at that point too. Finally, they’ll be carrying out this year’s Hall of Fame ceremony following the product reveals, and John Warden will make his official departure from Transformers.

That’s going to be one busy panel! Look for wrapup coverage of that sometime next Saturday. And in the meantime, let’s hope the leakers take a vacation so we get some genuine first looks directly from Hasbro.