You are here: Home / All Podcasts / Radio Free Cybertron - All of our Transformers podcasts! / RFC News Desk 150 – Mutant Tigatron Heralds Victory Over Unicron

It looks very much like Amazon and Hasbro will be blowing through the entire Golden Disk Collection’s reveals basically all at once. Our third reveal in a row is Mutant Tigatron, a redeco and retool of the still as-yet not officially acknowledged Voyager Kingdom Tigatron. This version of the toy is in orange like a common tiger, and more or less matches the card art for the original Tigatron toy, which presented the character in orange rather than the white the toy would ultimately be released in. 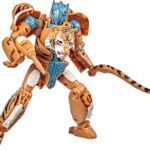 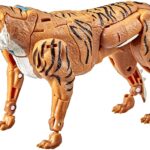 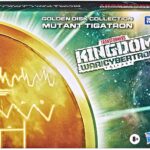 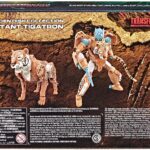 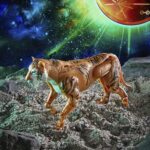 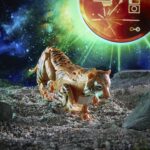 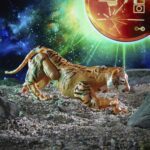 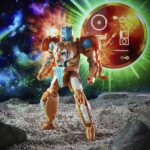 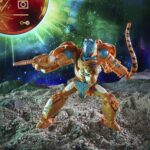 This Tigatron sticks close to the design work of Kingdom Cheetor, at a larger scale and with some added complexity thanks to a little more budget flexibility. Like Shadow Panther did for the Cheetor mold, Mutant Tigatron comes with a robot head based on the Mutant Head of the original Cheetor mold family. Mutant Tigatron is up for preorder on Amazon for $31.49, with a release date in March of 2022, but in practice will probably ship sooner than that. Click here to preorder Mutant Tigatron! (affiliate link)

Following up on more of yesterday’s news, Haslab Victory Saber passed its minimum backer threshold, going from just under 9600 backers yesterday afternoon to nearly 12000 today. Looks like TakaraTomy Mall opening up orders to Japan may have helped a bit! From here we’ll be looking towards hitting the stretch goals, but with more than 10 days remaining, hitting at least the first added tier of 14000 seems likely.