What’s Happened To The Headmasters? A fancy reissue! 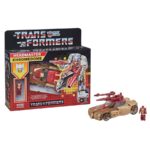 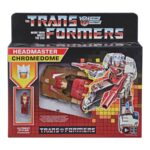 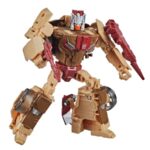 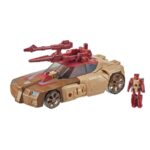 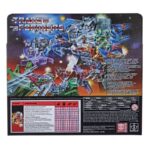 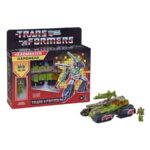 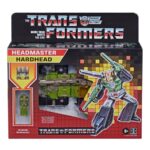 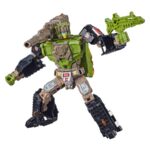 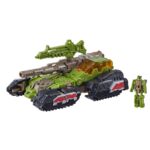 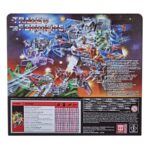 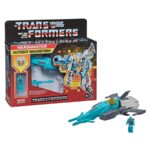 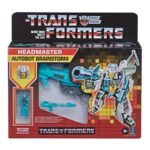 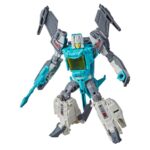 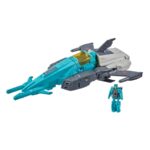 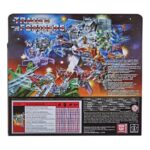 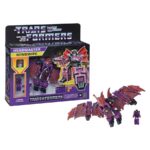 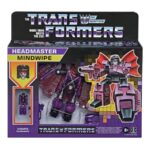 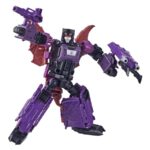 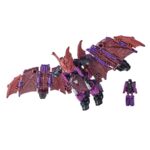 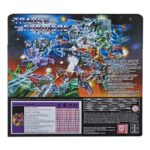 Sporting the TakaraTomy Legends faceplates inspired by the Transformers: The Headmasters animation, the figures’ decos are entirely new. For example, the tampographs on Brainstorm match neither Hasbro’s Combiner Hunters or Walgreens exclusive Titans Return release, nor the Legends version of the figure, though the plastic colors and yellow midsection skew closer to the Legends release. So we won’t go into a full accounting of every deco choice on all four figures but suffice to say these are not just straight reissues of the Titans Return or Legends releases.

There’s also the packaging to consider! Inspired by the original Headmasters packaging, the new boxes are a light reimagining of the G1 boxes if – and here is a big surprise for everyone here – 1984-86 packaging styling had never ended. In addition to that change, there’s the “World of constant change” wording on the back of the package as we’ve seen on previous reissues as well as an extremely abbreviated tech-spec bio that is short enough to fit on the tech spec card in five different languages. In short: close enough to hit nostalgia buttons for people who have not lived and breathed Transformers for the past thirty-six years, but in zero danger of being mistaken for a vintage piece, unlike those counterfeits that circulate from time to time.

These figures are exclusive to Walmart in North America with an SRP of $19.99 USD each and a projected release date of January 1st 2021. We would not be surprised for them to show up at the tail end of the holiday shopping season instead, and fully expect Walmart to offer preorders sometime soon, which they may or may not honor judging from past attempts.