Another one turns up with no warning. Much like the Ratchet and Lifeline set that kicked off Galactic Odyssey, the fourth “encounter” in the series was launched for preorders on Amazon yesterday afternoon with no prior warning.

This set features Barricade and Punch-Counterpunch on the planet Dominus, which while you could probably guess based on the meaning of “dominus”, the description given of the conditions on the planet reinforce that it’s meant to be Planet Master from the Japanese The Headmasters series.

Punch-Counterpunch is a reuse of the mold that came out as an Amazon exclusive during Power of The Primes. This version has a modified deco designed to look a little more like the animated appearance from The Headmasters. There’s also no sign of the combiner appendage accessory nor Prime Master that the original release came with, though that’s no surprise.

Barricade is the redeco of Earthrise Smokescreen we saw leaked recently, which at the time had the clear implication of being a TakaraTomy Selects release. Whether that still holds true for how the figure will be distributed in Japan is unknown, but either way the Hasbro option is now confirmed.

The set is currently available for preorder on Amazon for $39.99 with a release scheduled for March 1. Click here to preorder using our Amazon affiliate link and help us out!

It’s personally a little disappointing to see the Punch mold come back just as a rerun of Punch. It’s great news for people who didn’t have the chance to pick it up the first time around, but I probably wasn’t alone in hoping to see it get reused as Targetmaster Pointblank. Especially in a situation where the setting of Planet Master and the selection of Battlemaster molds could be utilized to provide for the Targetmaster partner, this feels like a missed opportunity to get another character represented in Generations.

As the Autobots and Decepticons speed through space during the events of Earthrise, special side missions take some of their members off course. Their duties lead them to unfamiliar planets where they encounter epic adventures and unknown dangers. Now fans can come along for the journey and explore the Transformers universe through the Galactic Odyssey Collection.

Punch is a double agent who has been disguising himself as a Decepticon called Counterpunch. Megatron discovers his treachery and Punch flees. Barricade is sent to hunt him down. Punch finds himself on Dominus, the Disaster Planet. Barricade tracks Punch to the planet plagued by unpredictable sandstorms, acid rain, and blizzards. Will Barricade capture the fugitive and punish him for his crimes? Or will Punch escape and find his way back to the Autobots? Crime and punishment come to a head in this Dominus Criminal Pursuit pack featuring the Decepticon enforcer, Barricade, and the Autobot double agent, Punch/Counterpunch. 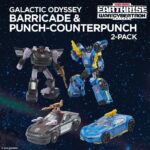 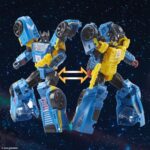 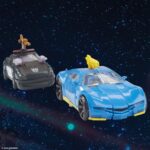 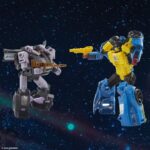 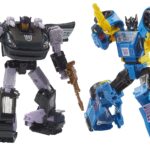 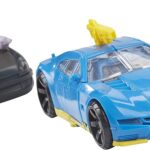 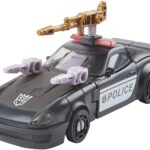 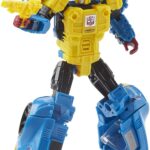 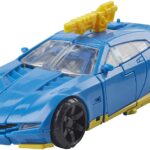 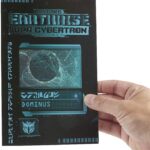 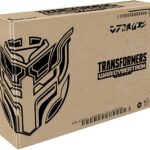