You are here: Home / All Podcasts / Radio Free Cybertron - All of our Transformers podcasts! / RFC News Desk 135 – First Look At Netflix Voyagers Wave 3

Jtprime17 on TFW has dug up the first stock photos for Netflix WFC Voyager wave 3, featuring Optimus Primal and the Sparkless Seeker.

Sparkless Seeker is based on the dead or sometimes undead generic seeker bodies seen during the Siege cartoon. Which yes, does mean it’s the Siege seeker mold again, rather than the Earthrise redeco many had been expecting. Ironically, it seems like this one that is specifically a wrecked corpse appears the least damaged of any use of this mold to date! The seeker comes with redecos of Battlemasters Singe and Caliburst. Caliburst is a tiny bit more accurate to the G1 Targetmaster color layout than its previous release, but Singe has if anything only diverged farther. 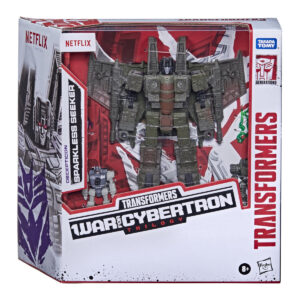 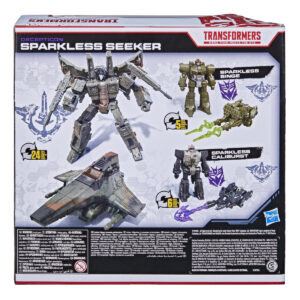 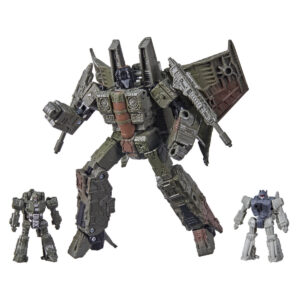 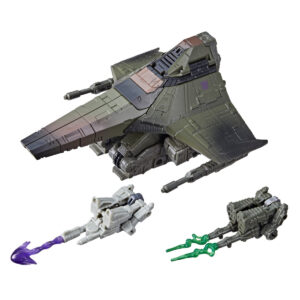 Meanwhile, Optimus Primal’s differences are very hard to discern. The colors may be kind of metallic now? Maybe? or maybe the colors are just more saturated? Rattrap may also be redecoed in some way, but that’s also unclear because some of the shots look just like the individual release version, while others are blatantly digitally recolored over, making some of the colors look darker. But it’s impossible to tell if that’s intentional or simply the result of a bad photoshop job. 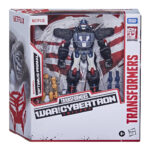 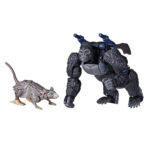 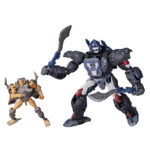 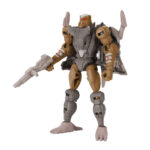 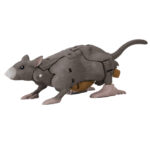 These two, plus several other Netflix wave 3 toys should go up for preorder on Monday the 15th during Walmart’s collector con product launch event, to be fulfilled at a later, currently unspecified date. Or not. We all know how Walmart preorders go by now, right?