We had our first look at the Masterpiece Skids testshot in provisional color. Which just means it’s handpainted samples, so the exact details and finish may not be identical on a production unit later. But besides Skids looking nice, we got to see the first redeco of this Masterpiece, the brand new character Reboost. This is based on a Diaclone toy previously not utilized as a Transformers character. We presume Crosscut will probably follow along a little later, but at this point, we wouldn’t mind seeing the whole Honda City robo assortment get some time in the Masterpiece spotlight!

Along that same line, the Figure King article that showed us the color samples here contained references to other Masterpiece projects in development. This confirms that Raiden lives, after going radio silent since the end of 2019. Plus, an unexpected name has been thrown in the ring, as TakaraTomy seems to be working on a Masterpiece Skyfire! How big and expensive must that turn out to be if they try to get it in scale? 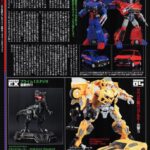 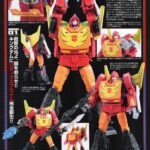 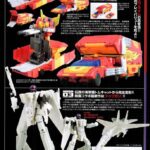 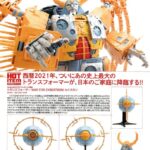 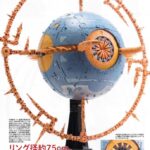 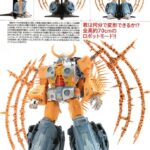 The Golden Disk Collection appears to be one of the Kingdom sublines coming to Amazon this year. Listings were found on at least one international Amazon site referencing toys in this assortment. The simpler to understand is Terrorsaur, who had previously been conspicuously absent among the Kingdom Beast Wars updates. There’s no indication at all about what mold or engineering this might be based on, or if indeed it is somehow a brand new Deluxe mold entirely.

The other listing found was for “Ranger Puffer“. To make a long story short…er… this appears to be a two pack of what we believe to be Road Ranger, a GoBots character represented in Transformers by a black and orange Huffer, and Puffer. Puffer is best described as “Mexican Pipes”, which was in fact just a physically unchanged Huffer in Pipes-based deco, varying between forms of light or dark blue on white, depending if European origin or Mexican, or a third variant of dark blue on dark blue. By the nature of the characters, we’re presuming this to be a two pack of the unmodified Kingdom Huffer mold, with a real Pipes retool coming in a regular Deluxe assortment later this year. 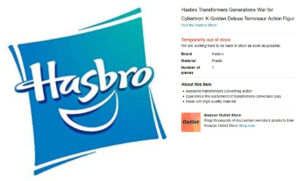 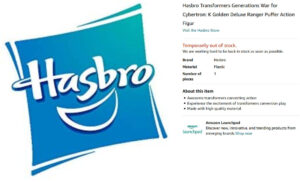 Finally, the most shocking news is Hasbro adding a Titan Class toy to Generations Selects, in the form of Black Zarak!

Moderately retooled from Scorponok (obviously), Black Zarak features modifications to the Headmaster units to make the larger head accurate to the Masterforce redesign, and giving the smaller head an eyepatch. This isn’t entirely accurate to Masterforce, since Black Zarak’s head no longer transformed, but this one of course will remain a functional jumbo Headmaster. The larger head robot’s chest also has a prominent scar sculpted in. And of course Black Zarak comes with a huge spear for further accuracy. Now please just don’t include gold plastic decay to push the accuracy any further. This is plenty.

Selects Black Zarak will be US$160 when it comes out in December, and is available to preorder right now. 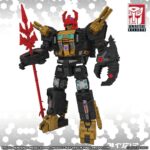 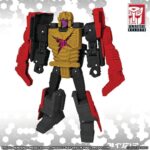 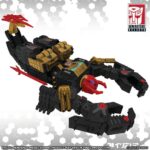 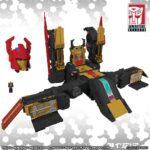 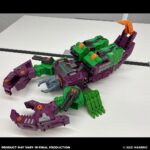 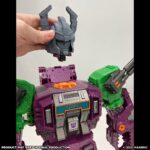 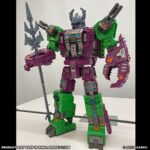 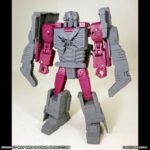 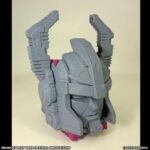 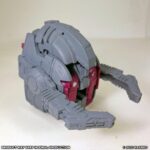