Truth be told, I had kind of forgotten that MP-48 Lio Convoy had even been a thing, until talk of a black redeco popped up in the last several days. It never seemed like the most well-received thing originally, after all. But here we are, with preorders now up for a mold reuse that was probably always inevitable.

MP-48+ is not simply “Black Lio Convoy” or somesuch which has been done a couple times before. No, instead it is “Dark Amber Leo Prime” Or maybe “Dark Umber”. The katakana annoyingly leaves a bit of wiggle room on interpretation, just sadly not enough for the way better sounding title of “Dark Ember”. But apparently for localization, Hasbro is going with the Dark Amber reading, so I guess that’s the official word.

The story concept as presented on the TakaraTomy Mall page has this being a coalescence of Angolmois Energy in to a special dark energy which gave new life to the dead form of Leo Prime, as Dark Amber Leo Prime. They are specifically using the name Leo Prime in the Japanese text, evidently to be sure to distinguish that this is not born out of Lio Convoy despite being his doppelganger in black. We’re not sure where the “amber” part of all this comes from, in any case.

MP-48+ is scheduled to be released in late January 2023, and is listed on TakaraTomy Mall at ¥22,000, which includes the Japanese 10% sales tax. Lower prices are likely to be had from other sellers that typically go below list price, combined with the currently extremely favorable exchange rate resulting in a low dollar-price at import – provided the exchange rate doesn’t crash before release! At time of posting, Hasbro preorders were not yet available on Pulse, but should become available soon. 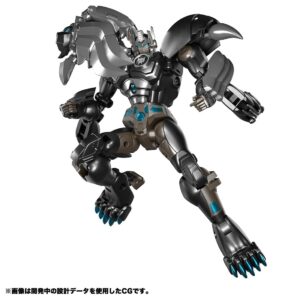 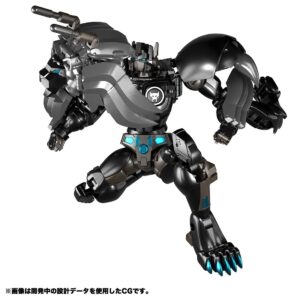 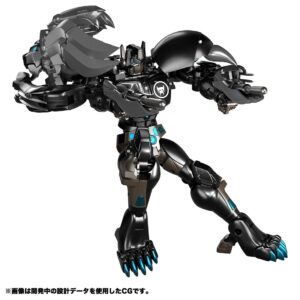 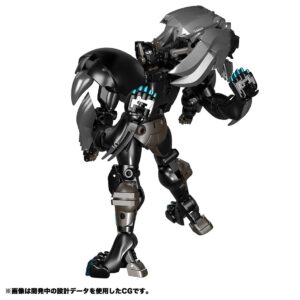 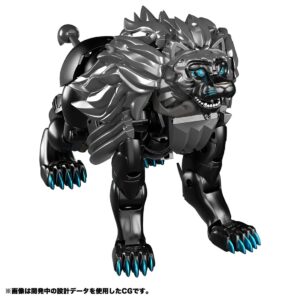 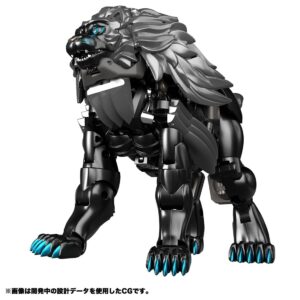