You are here: Home / All Podcasts / Radio Free Cybertron - All of our Transformers podcasts! / RFC News Desk 097 – God Neptune, Netflix Deluxe Cheetor, And My Little Prime

Who would have guessed God Neptune was the least remarkable thing to happen this week?

TakaraTomy has revealed Generations Selects God Neptune! A boxed set of five Seacons (nobody loves Nautilator), it will be released in late October at a price of ¥22,000 – or $185 from Hasbro Pulse. While the rest of her pirate comrades are otherwise just simple redecos, Scylla received some remolding to have the robot mode be even more feminine looking than Tentakil already was. 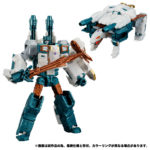 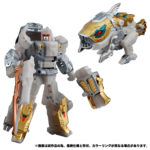 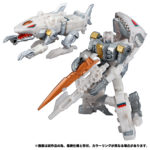 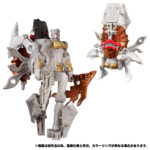 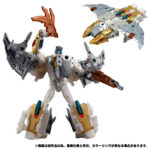 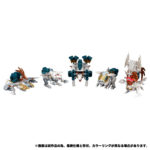 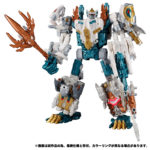 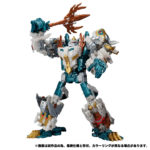 As we reported during RFC this week, Zobovor on alt.toys.transformers uncovered some new Deluxes listed by Walmart that appear to be part of their exclusive Netflix-inspired War For Cybertron subline. The list is as follows:

This already leads to some interesting speculation as this immediately looks like some mix of Siege and Earthrise molds. But then it got a little more interesting when Jtprime from TFW2005’s forum found one more name with these: TRA DELUXE CHEETOR. No obvious mold currently exists that would suit a Cheetor with corrent beast mode, which leaves us wondering just what exactly this will turn out to be.

But as listings like these can appear in store inventory data several months in advance of being released, we may be waiting quite a while still before we find out any real details.

Finally, Preternia on Twitter shared stock photos that gave us our first look at My Little Prime, a crossover between My Little Pony and Transformers. Unsurprisingly, it takes the form of a pony figure with heavy paint work to apply Optimus Prime colors and details. This is the third revealed MLP crossover item, following a Ghostbusters pony, and a pink Mighty Morphin Pony Ranger. Release date and channel are currently unknown. 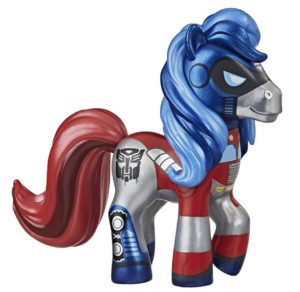 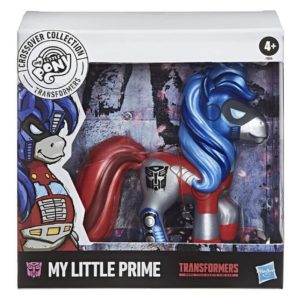