An ebay seller posted listings early this afternoon (or late this morning in the seller’s local timezone) featuring our first looks at Generations Selects Exhaust and Greasepit, designated as WFC-GS11 and GS12 respectively. Both toys were part of a large amount of inventory data that was leaked early this year.

Exhaust is a retool of Earthrise Wheeljack featuring a new head based more or less on the Masterpiece version of Exhaust. We can only see a portion of the deco in the available photos, but it seems to stay reasonably true to the origins of the character, at least in broad strokes. After the troubles that arose around Masterpiece Exhaust, we can be sure that Hasbro was very careful in designing the paint layouts for this toy. Speaking of which, Exhaust seems to be a representative of the newly designed mercenary faction, rather than a Decepticon, judging by the logo on the car roof. 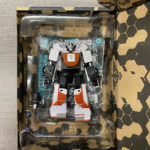 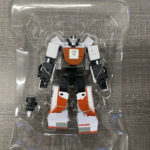 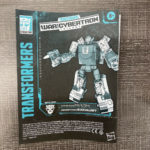 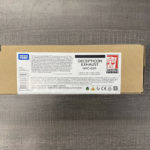 Greasepit is a retool of Ironworks, and represents the Micromaster Gas Station. Immediately obvious is the replacement of the mold’s original hook hand with one comprised of a gas pump island. I love this for the absurdity, but it does sound kind of less useful than the hook, doesn’t it? Mark Brickonator on Twitter also observed that a new piece has been added to the left arm that seems intended to be a gas station sign. Hopefully this means the designers spent some time working out an alternate configuration of the parts to look more like a gas station instead of a construction tower, but since neither ebay listing provided photos of the alternate modes, we’ll have to wait to find out about that. 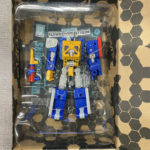 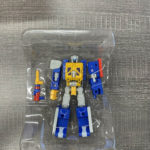 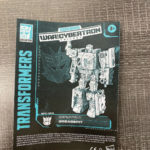 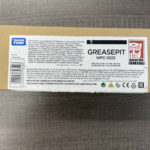 Since these toys are on hand with at least one seller in California, and are numerically next in line after the Spy Patrol 3rd Unit, we can safely assume these were intended to be revealed on the Transformers Fan First Friday event. And if one seller in the US has these apparently in stock, it’s not much of a leap to think that the usual fan-channel online retailers who otherwise use the Fully-Verified platform for online transactions, might have these waiting to go up for sale at the prearranged time after the official reveal. I guess we’ll find out very soon!