Hey, they actually had some surprises left!

The first Transformers Fan First Friday stream had more surprise reveals than most of us probably expected, although some of the known leaks did have official announcement, finally.

The next Walmart exclusive G1 reissue will be Blaster, as determined by a poll that was run a while back. 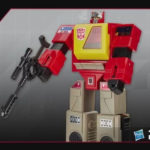 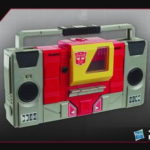 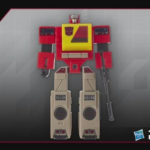 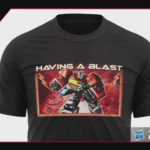 Along with showing off Optimus Prime and Megatron, RED Collection Soundwave was officially revealed for the first time, following the leaked stock photos early this morning. 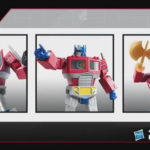 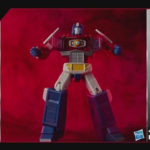 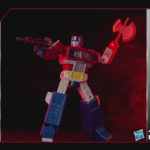 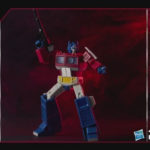 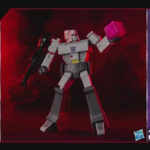 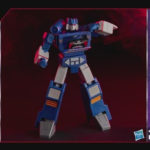 And of course Amazon’s exclusive Alternate Universe Optimus Prime was finally announced. This is said to tie in with the Netflix cartoon coming later this summer, and the deco was creatively described as “Sparkless-Grey.” 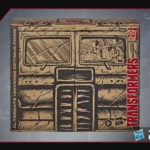 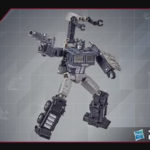 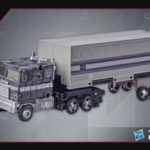 On the newer item front, the Centurion redeco of Brunt was verified to be legit following it leaking this week. And what’s more, it comes with a big accessory pack for various Generations figures!

Optimus Prime’s Ion Blaster, Energon Axe, and a Roller for Earthrise Prime’s trailer; guns for Bumblebee and Cliffjumper; Ironhide’s drill cannon; a jetpack for Sideswipe (compatible with any figure thanks to 5mm ports); a radar dish for Trailbreaker; and an energon mace for Megatron. In addition, tiny, “scaled” alt mode representations of Soundwave, Reflector, Shockwave, and Megatron, at least some of which have 5mm pegs to be wielded by other figures. The pack is rounded out with a cage to put Ravage in, a pair of energon cubes, and a miniscule Optimus Prime figurine of the same sort as the Hot Rod and Galvatron coming with Haslab Unicron. 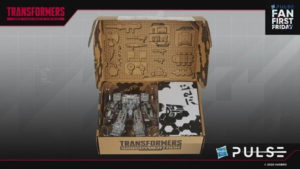 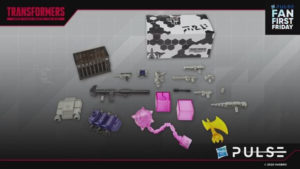 Rather than talking about Exhaust and Greasepit, two other Generations Selects were revealed! Tigertrack, a redeco of Siege Sideswipe, and Rotorstorm, redecoed from Siege Spinister. Rotorstorm unfortunately features no new parts, not even a unique headsculpt, which is sure to be a disappointment. 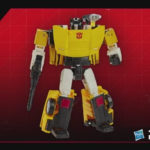 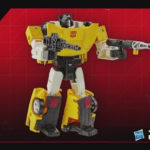 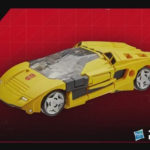 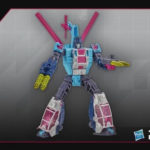 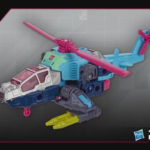 Finally, they promised both that there would be more Transformers Fan First Friday streams in the future, and also that we could expect to hear more about the Back to The Future Collaboration project next week.

Most of the revealed products are planned to go live for preorders this afternoon, probably by the time you read this. If buying from Amazon, don’t forget to use our affiliate link!