One depresses the secondary market, the other two may just depress.

The official Transformers Facebook page showed off a pair of new figures today: RED Collection Bumblebee and Coronation Starscream will be part of the nontransforming figure series’ second wave, expected as Walmart exclusives in April 2021. 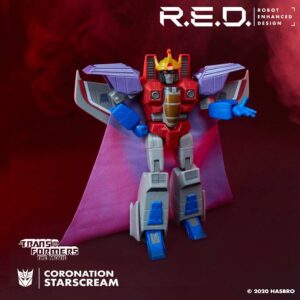 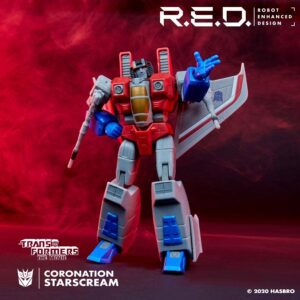 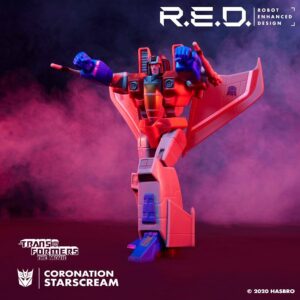 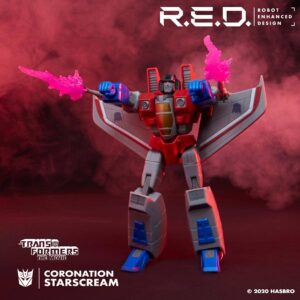 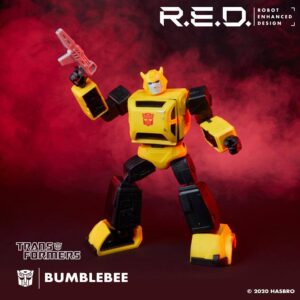 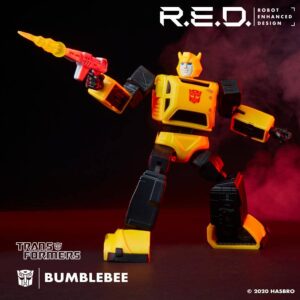 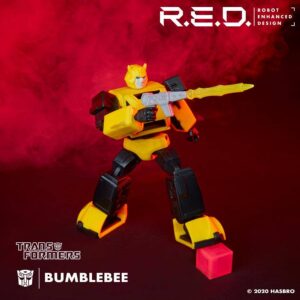 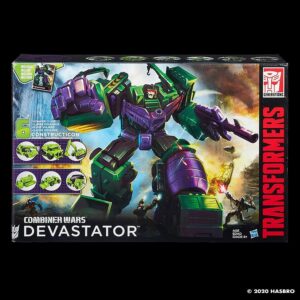 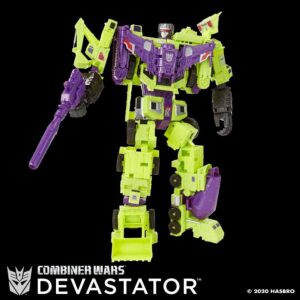 Coronation Starscream comes with the accessories you’d expect from such a name, featuring his cape and crown from The Transformers: The Movie as well as some Null Ray effect parts. Bumblebee meanwhile comes with a small pistol and some effects parts as well as an Energon cube. Both figures seem a little bit stylistically separate from their Wave 1 counterparts, with Starscream adding some less animation-accurate detailing and Bumblebee sporting some minor battle damage on his chest and inexplicable black panels on his inner arms (which match slightly more explicable panels on his feet). In the interest of fairness we’ll point out that Bumblebee’s chest appears to be a separate piece so there could potentially be a “clean” version we have not yet seen. That said, the reduction in animation accuracy in these second-wave figures means that these nontransforming figures that cost as much as a Deluxe are not quite going to match the wave 1 figures, and we have to wonder once again who these are even for.

Also mentioned in the post is a reissue of Combiner Wars Titan Class Devasator! While the Amazon link provided in the Facebook post goes to the company’s Facebook page and we found no preorder listing for this reissue, Hasbro Pulse is also mentioned – and that turned up the information most of you probably want: the figure is scheduled for reissue on January 15th of next year for its original suggested retail price of $149.99 USD. While it’s worth mentioning that Unite Warriors Devastator had some significant improvements over this Combiner Wars version – adding more accessories for the Constructicons, improved articulation, and the choice to have a visorless face if desired – this version will run you half or less what that version sells for on the secondary market. As the other long out-of-production Titan, can only hope that if a new take on Metroplex isn’t in the works that he’s next on the reissue docket.