And shipping to stores now!

We got a good look at Cyberverse Deluxe Starscream thanks to a slightly early find of stock images, but wave-mates Soundwave and Prowl were only visible as poor quality phone photos from leaked samples. We’ve now got the stock photo sets for those two figures, showing off the whole new assortment in detail.

Prowl can be seen to include a classic Datsun-style rifle, and two types of “Siren Shot” blast effects. This Prowl also bears a passing resemblance to a particular toy from the 2001 Robots in Disguise line, though we’re sure that’s merely a coincidence. 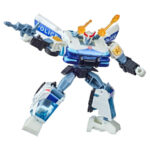 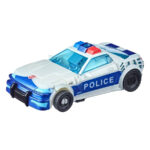 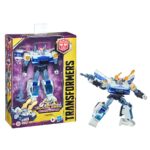 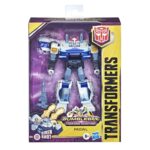 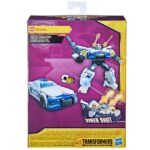 Soundwave has a transforming Laserbeak accessory, shoulder cannon, and one “Sound Blast” blast effect piece. Laserbeak in “cassette” mode can fit inside Soundwave’s chest compartment, and Soundwave becomes an armored truck based loosely on the Oshkosh JLTV. 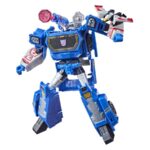 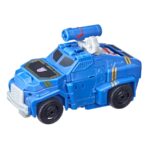 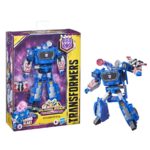 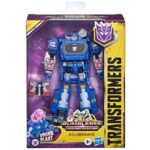 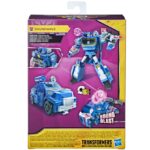 The biggest surprise of all is that this assortment is already hitting stores, just a matter of days after its existence was confirmed. Via Optimus997 on TFW2005, this assortment was spotted at a Walmart in Streamwood, IL, and our buddy and Touched patron NES subsequently reported in our discord server seeing some of these figures the same day at a Walmart in Parts Unknown, Virginia. Casual toy hunting is very non-advisable right now for a range of reasons, but it sounds like if an essential trip to the store is in your future and these are on your radar, it wouldn’t hurt to take an extra minute to go and give the toy aisles a check!