Transformers Tuesday this week was the surprise reveal of several upcoming Studio Series toys. Three Deluxes, a Voyager, and the first two of the all new Studio Series Core class were all debuted, and all but one of them were legitimate first looks!

According to the social media posts this afternoon, these sound like they’re the remainder of the product wave that includes the already announced Leader class Coronation Starscream, and Deluxe Perceptor. A sample that somehow got out of the factory already indicates that some or all of these figures have already begun to be manufactured, and will probably be turning up in the US sometime around the beginning of the year, depending on shipping and port conditions of course.

For Deluxes we’re seeing Wheeljack, Brawn, and Ratchet. At Voyager class is Soundwave, and Core class brings Ravage and Shockwave. All of the toys are based on their appearances in the Cybertron battle prologue scene from the Bumblebee movie, though some features, such as alt modes may be embellished to some degree or another simply for the fact that the toy designers will have had more time to work on the designs than the movie animators did. 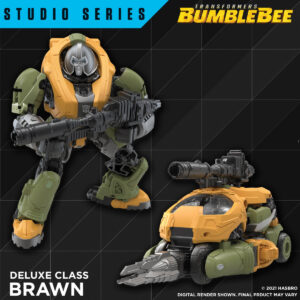 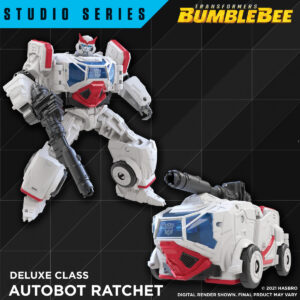 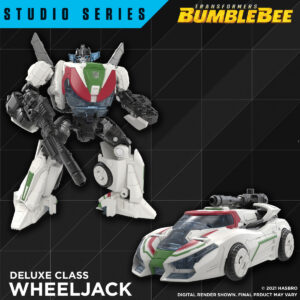 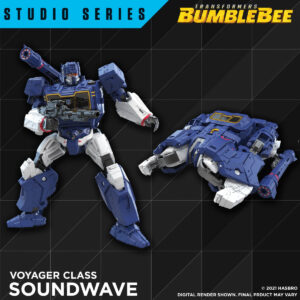 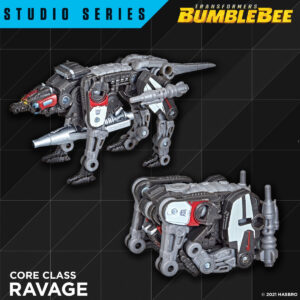 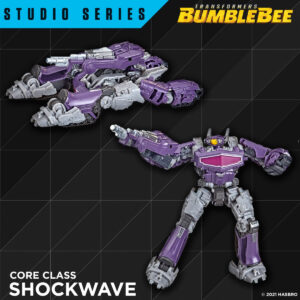 The two Core class figures also debut a new packaging style for the price point, moving to small windowed boxes rather than blister cards as was seen in Kingdom. Based on the demonstrated trends, we can also assume these boxes will not have plastic covers for the windows, leaving them open in front. Ravage particularly looks like a ripe candidate for theft in this scenario, unfortunately. 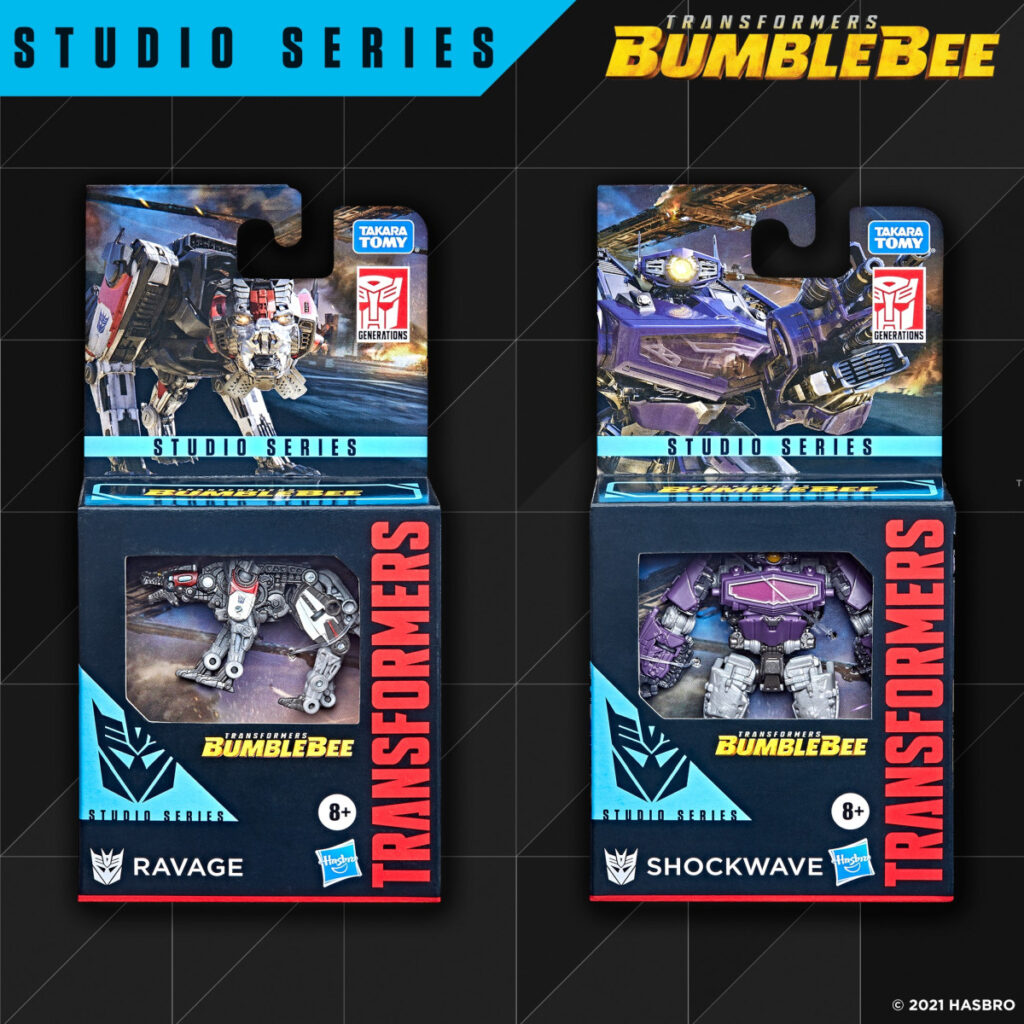 Ravage has an alt mode consistent more or less with what was shown in the movie, becoming a cube designed to be stuffed inside Soundwave. Ravage is pretty much a dressed up accessory for the Voyager Soundwave, and in fact comes with an extra piece based on G1 Soundwave’s chrome missiles that’s clearly intended for use by the larger toy.

Shockwave’s presence at the Core class is a little odd, especially given that it has a tank for an alt mode. The small scale could be seen as sensible if they’d adapted the design to become a rifle or other handheld weapon. In any case, Shockwave was not this small in the movie, so perhaps a more to-scale version will come along further down the line.

Of the Deluxes, Brawn seems to be getting the majority of popular attention, with a good looking robot mode and an interesting design of vehicle form, though while Wheeljack and Ratchet don’t seem to be catching the same kind of interest, the response overall appears positive for this batch of toys.

Soundwave follows in the footsteps of Siege Soundwave by having an alt mode comprised of whatever way they could work out to fold up the limbs. This seems partly in service to keeping the torso volume available for Ravage storage in either mode. Examination of the renders indicates that the top of the alternate mode is the robot’s back. This both points to Soundwave having an extra fake-kibble tape door, but also implies a dropship-style deployment gimmick. In the alt mode, the functioning door will be on the bottom and ought to permit “deploying” Ravage at the press of a button.

Soundwave’s “vehicle” “mode” may be loosely based on art by Tom Scioli, where Soundwave was seen with an alternate mode of generally similar form. Comparisons have also been made to a Star Wars Snow Speeder, though the toy unfortunately lacks any kind of cockpit structure to help facilitating that.

It’s surprising none of these were talked about during Pulsecon, or during the subsequent 1027 stream or the fan media conference call where Blaster was revealed, given they ended up being revealed only about two weeks later. But Hasbro may have decided to move up their schedule to get ahead of further potential leaks, since a copy of Wheeljack already made it out ahead of today’s showing.