It’s unusual for TakaraTomy to get out in front of Hasbro for “mainline” product, but that’s just what happened this week with our first look at three new Studio Series releases.

Sideways was leaked a little bit before the reveals, and it seems like there’s not much more to see with the official photos. It’s probably actually correctly transformed this time, at least. As for accuracy, that may be a different question altogether. But is it an important question? I honestly do not recall what Sideways looked like in the movie, and I bet you probably don’t either. All that was to remember was him getting fully sliced in half by Sideswipe. Possibly that unfortunate fate as the most hi-and-die of hi-and-die characters is why Sideways took until over 90 Studio Series releases to finally get a toy. 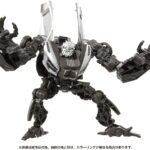 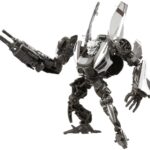 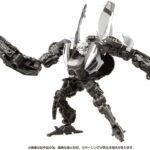 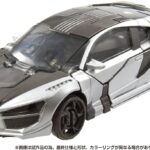 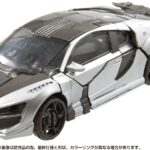 Meanwhile, we have a Dark of The Moon Bumblebee, featuring a non-battlemask face, which I am assured is an important distinction versus prior versions. I’ll admit to having a small degree of Bumbleblindness, with most of the Modern Camaro iterations blending together visually. Have to give Age of Extinction some credit for trying to change up the visuals a little, at least. 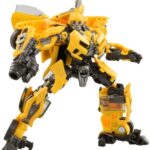 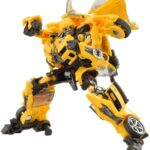 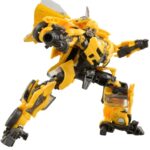 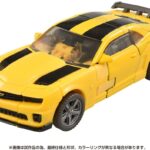 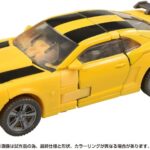 But with those out of the way, we come to the absolute head-scratcher, and our one Studio Series 86 entry in this batch: Arcee. Now the thing is, we’d heard a TFTM Arcee was coming. This was in the inside info mill for a while. We all immediately assumed it’d be a redeco or maybe a mild, mild retool of Earthrise Arcee. Because we sure did need that toy for a third year in a row. But man, truth really is stranger than fiction.

I’m not gonna go all Toy Detective on this here (but if you’re a patron we might have some content along that subject in the pipeline for you!) but the shortest version is that they took the “Thrilling 30” Arcee from 2014, threw away about 70% of it, and grafted most of an all-new Arcee build to what was left. About half the car body remains unchanged, and a decent portion of the robot’s upper body, but everything else is new parts. Even the transformation no longer works the same way. It’s genuinely one of the most baffling efforts I have ever seen and defies my logical comprehension.On the plus side, one of the elements they kept from the old tooling was the 5mm-compatible forearms which had previously only been used on the SDCC Combiner Hunters release. Unfortunately in the process of all this change, its lost all of its accessories other than the smaller pistol. Despite all the weirdness, this may end up the best Arcee option for some collectors, having what seems like the tidiest backpack of what currently exists, and doing away with some of the more organic anatomical details from the original Thrilling 30 release. But this is still really weird to see made so soon after Earthrise Arcee just spent two years on retail shelves. 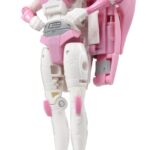 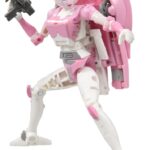 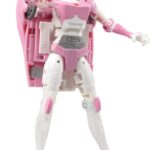 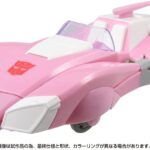 Japan is expecting these for release in late October. It’s plausible we’ll see a similar projected release timeframe when Hasbro gets around to soliciting these. On the subject of which, we had the early release of stock photos for Galvatron and Thundercracker last week, with the promise of preorders coming later this month. Those along with these three Deluxes sounds like the makings for, if not a live stream reveal, at least a solid social media push to come once they’re not taken up with a solid week of retail-partner exclusives to promote.