Everything is leaks or surprises now with no in-between.

This week’s Transformers Tuesday reveal was once again set to be a surprise. Everything we thought was slated to be part of this reveal block turns out to have been part of another reveal block or, in fact, no block at all. So we had precisely zero advance warning that we’d be getting a 2-pack of Diaclone Sunstreakers up for preorder this week. The set features two recolors (one a slight remold) of Earthrise Deluxe class Sunstreaker: Cordon, The World’s Most Lavish Police Interceptor, and Spin-Out, who is based on the Car Robots Countach LP500S Super Tuning, the very first Diaclone figure to transform from recognizable Earth vehicle to full humanoid robot. 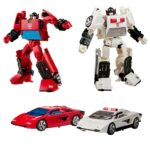 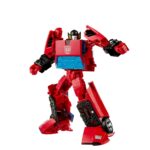 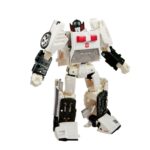 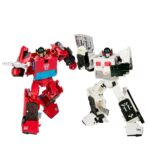 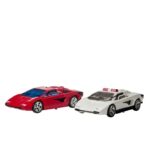 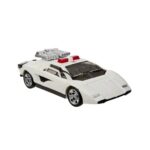 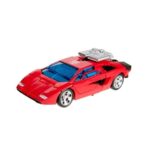 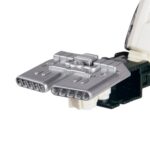 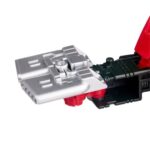 The pair is scheduled to ship in December 2020 for a suggested price of $39.99, and is available from the usual Selects online sources. Hasbro Pulse has also made mention, as  posted bv the TFWiki Twitter account, that the final version of Cordon will have a translucent rather than opaque lightbar thanks to a red tint. 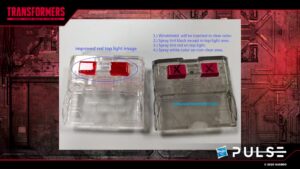 But one surprise is apparently not enough for Hasbro today! Entertainment Earth has also announced that they will soon have Generations Selects Red Wing. Red Wing was initially a Target exclusive available primarily to holders of a Target Redcard, so a broader availability for what is probably the hardest to obtain of the Siege Voyager class Seekers is definitely good news. 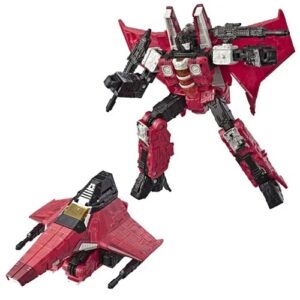 One more Transformers Tuesday remains, and to Hasbro’s credit, we have absolutely no idea what it’s going to be. It really is an odd experience how we can know most of what’s going to be in stores this time next year, and absolutely nothing about figures we’ll probably have in hand in time for the holidays.