Under the premise of being on the search for a lost-in-space Sky Lynx, the set depicts Modulator bases and Micromasters as a sort of space center to carry out search missions. Redecos of the Astro Squad and Battle Squad appear to be new versions of Phaser and Blast Master, plus Moonrock and Missile Master, though in the product copy so far all four go unnamed except to be collectively called the Astro Squad.

The Modulator bases are Ironworks, and Overair, Overair being the name given to Airwave by Takara for Transformers Zone, when the otherwise unchanged toys were sold as Autobots. As a result, Overair’s deco stays pretty close to Airwave’s, but with obvious differences to set them apart. Unfortunately, Ironworks, or the original Construction Base has no alternate identity to fall back on, so it remains Ironworks, but in a very different deco from the original single release.

One current mystery concerns a fuel tank or booster seen in one of the stick photos. It’s easy enough to identify as a reuse of Doubledealer’s rocket, but it only appears in a shot of the full “space center” put together, leaving some question of whether it’s an extra accessory included with this set, or possibly an “easter egg” hinting at another release involving a redeco of Leader class Doubledealer. I suppose we’ll have to count down to more information about that detail being revealed…

The set is expected to ship in late February, and is priced at $59.99 – $20 each for the Modulators and $10 each for the Micromaster sets. Preorder from Amazon using our link to help us out! 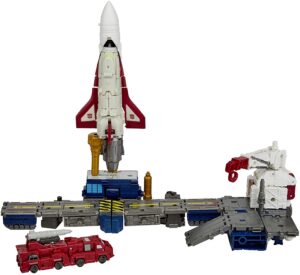 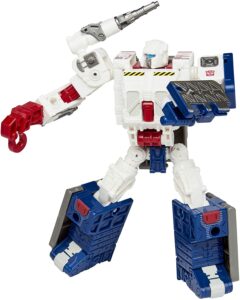 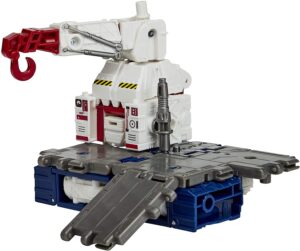 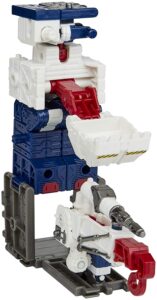 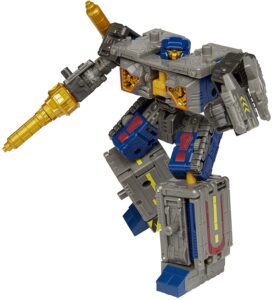 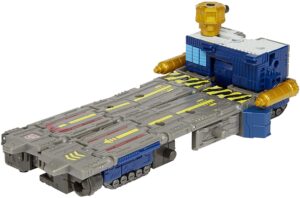 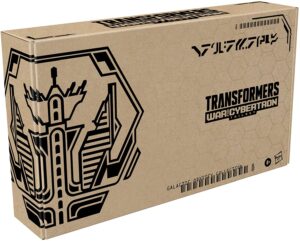 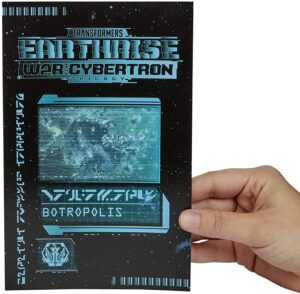