Shortly after a teaser image was posted signaling a new collaboration featuring X-Men, Hasbro this morning revealed the new project on social media. Ultimate X-Spanse (or maybe just X-Spanse? Is “Ultimate” a title, or…?) is a new robot character based on the X-Men’s Blackbird jet, colored and styled like the 90s. The colors, belts, and pouches all call back to 90’s X-Men with the robot mode heavily favoring Jim Lee’s Cyclops. Or maybe more to the point, the Cyclops of the Fox animated series. The packaging minimizes Transformers and instead takes its inspiration from X-Men toys of that time, and is quite striking and eye-catching. 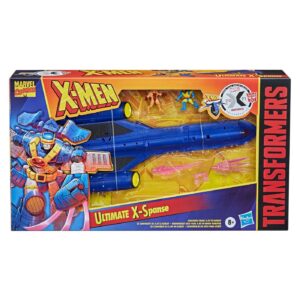 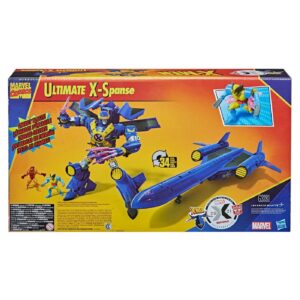 X-Spanse shares some of its engineering with Studio Series Jetfire, though it brings in a lot of new parts and only very loosely resembles that Jetfire. Except in one really bad stock photo where you can absolutely see the relation clear as day. The alt mode is the most obviously similar, but details have still been modified like the engine intakes and wings. 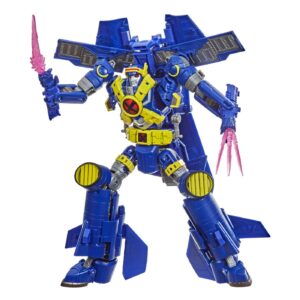 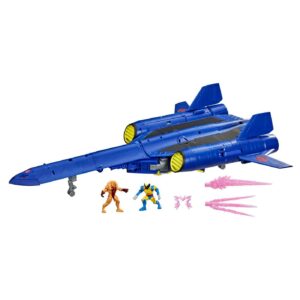 The toy comes with mini-figures of Wolverine and Sabertooth, and includes energy effect parts. Two of them are made to plug in ports on the hands as weapons, while the third smaller one fits around the waist of the Wolverine figurine. A seemingly missed opportunity here lies in not designing the Cyclops-visor to accept an effect part for an optic blast.

X-Spanse is the most X-Spensive collaboration figure yet, at $65. Based on a Leader class toy as it is, and a bigger-than-normal one at that, it makes sense that this toy’s price point would also be high, but it still hits you with some sticker shock. In the US, it appears preorders will be exclusively through Target, but once it’s released on March 1st, it will also be available through Pulse and Gamestop. As usual, no details were shared on how or by whom it will be sold in other parts of the world. Remarkably as of the time of posting, Ultimate X-Spanse was still available to preorder on Target’s website! 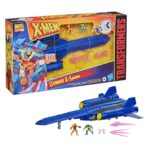 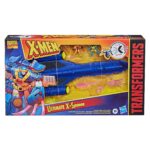 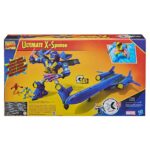 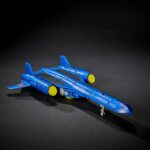 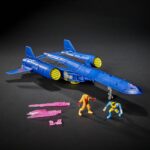 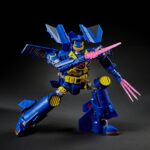 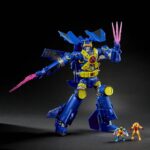 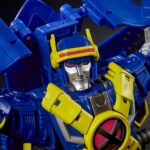 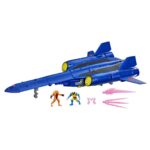 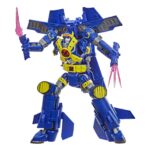