It’s our third day of reveals for Amazon’s exclusive Wreckers subline. Much like Impactor, the other character you just can’t have Wreckers without is Springer, and that’s what today’s reveal has brought us. Ever since the inside info channels mentioned this as being upcoming, visions of Siege Springer without battle damage deco have swirled in the heads of many. It would be the perfect thing to get virtually a reissue of Siege Springer, just looking a bit cleaner than the first time. Unfortunately it has not worked out quite so.

This release of Springer leans firmly to homaging the G1 toy, with lots of grey, and just sparing amounts of bright color. This is probably not what anyone at all was asking for. The common image of Springer today comes from some pretty liberal interpretation of the toy’s stickers, lending areas of color to places that really never had it to start with. But the cartoon model sheet as well as the comic book artists for Marvel UK just kind of ran with it, and today we think of Springer as that green dude with the yellow shoulders.

It’s a bit of a surprise, if not shock to then see a mostly grey Springer pop up for preorder today. But strictly speaking it’s pretty much accurate. To nitpick, the grey should be darker, and there ought to be some representation of the color added by stickers on the G1 toy. But this knows what it’s doing and is sticking to it. For better or for worse. As far as we can see right now, there’s no remolding or new parts at all on Springer, which combined with the unexpected and perhaps undesired deco choice might make this the least-desired part of the entire subline when all is said and done. 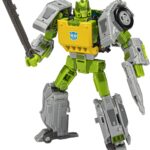 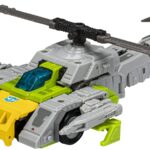 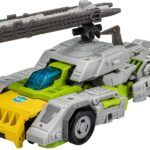 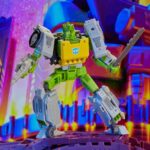 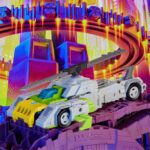 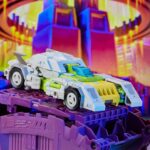 Two more days of reveals remain, and we know that what’s left from the leaks are Bulkhead with an as-yet undisclosed deco, and the Titans Return Jumpstarters in Diaclone-inspired decos. Even if Bulkhead, who is strongly likely to be Thursday’s reveal doesn’t impress, the Jumpstarters are very likely to bring the general positive feeling for this subline back around by the end.