Is it a leak? Maybe a grey area, but it’s not the first time. In Demand Toys via Facebook has shared stock images for three upcoming toys, giving us the first visuals for some items we’ve known about through datamined listings.

Core Class Ratchet is coming to the Studio Series 86 lineup in the near future, featuring the classic G1 appearance that you remember from Transformers The Movie for the several seconds he was on screen before dying horribly. This toy doesn’t feature any child-traumatizing death scene effects or references, but does appear to do a very good job of adapting the transformation from a vanbulance to a pretty cartoon-accurate robot within the limited materials available. It even manages to come with a pair of guns! 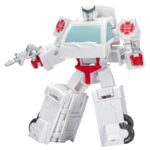 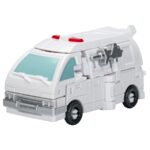 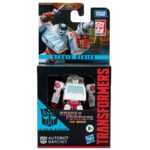 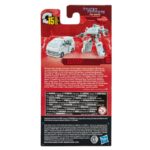 Seemingly in an assortment together with Ratchet is Laserbeak. But not G1 Laserbeak. This is movie Laserbeak from Dark of The Moon. But from that one scene where Laserbeak took the image of a human-height pink Bumblebee to have a tea party with and possibly murder a child. It’s hard to rememmber all the details ten years or so later, but the memory of small pink not-Bumblebee Laserbeak will always stay fresh. This obviously telegraphs the later existence of a Core Class Bumblebee, but seeing it released in pink as Laserbeak is… weird, and potentially might be confusing to some potential buyers who missed that odd movie moment. Bumblebee-form Laserbeak has been offered in the past, but as an exclusive release from Takara using a Deluxe Bumblebee mold. This will be the first release for Hasbro’s markets. 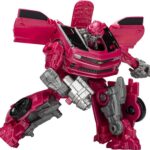 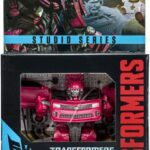 Causing no small amount of excitement this week has been the reveal of Legacy Voyagers Armada Starscream and Predacon Inferno through their stock photos. Both toys sacrifice some of the spirit of their originals, but offer what they can to make up for it.

Inferno is crafted as a semi-realistic giant red ant, and actually looks to have beefy enough legs that it might be able to support its own weight in beast mode. The pictures show mandibles that are movable, and hinged antennae, giving some degree of expressive possibilities. Unfortunately many robot mode parts can be spotted within the beast mode, as much of the robot anatomy is separated from the beast mode, where the original toy went for a simpler limbs-for-limbs engineering – although that had its drawbacks as well. In this case, the new engineering looks like it’s with the intent to emulate how Inferno appeared to transform in the TV show, with the front and back ends of the ant compressing toward the middle. It will remain to be seen how well that comes across in hand with actual handling.

The robot mode goes for show accuracy as best it can, but seems to lose out a little particularly with the ant-abdomen flight unit. The ant butt can still unfold to make the “petal” or rotor structure, but apparently missing the fourth panel entirely. If it still spins at all, it’ll probably be poorly balanced as a result. The gun Inferno is shown with is modeled after the rocket engine from the original “blender butt” and probably can be attached to the simulated flight unit here to complete that display option. As an iconic feature of Inferno both in the show and the original toy, it’s a shame that early indications are that it was not represented as well as it could have been. Trying to balance this out, it looks very much like Infernos’ robot head is made with a movable jaw, so you can effectively pose Inferno screaming, which as we all know is another highly important facet of his character. And that’s not even sarcasm. 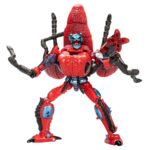 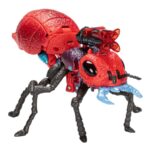 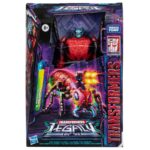 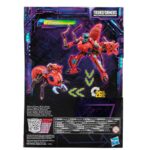 Armada Starscream has fewer notes. The toy takes a little more after the 2013-era Generations Deluxe than the Armada toy, which is kind of a shame. Features like the wing becoming a sword go unrepresented, though there is an accessory sword that looks like the actual wing-sword… In terms of representing what Starscream looked like in the cartoon (in the higher quality episode art, at least) it’s probably closer than the previous Generations effort. It also more faithfully depicts the original Mini-Con gimmick cannons of the Armada toy, including the flip-forward action, albeit no longer unlocked by plugging a Mini-Con in.

Starscream has a wing sword accessory. This is shown in some shots as painted red, and on the package as just the base white plastic. The red is probably what it will end up being, as that reflects the glow it would typically be shown with in the cartoon, and it acts as the requisite “energon weapon” for this release. As a bonus, the Mini-Con Star Saber is included as a single-piece accessory. It’s on the small side for this toy, and it also couldn’t quite decide what it was wanting to be; it’s molded accurate to the original toys with all the jet details, but is painted in bright blue to mimic the cartoon’s “energy blade” method of depicting the weapon. But in any case, I’m sure someone is even now designing a replacement cartoon-accurate Star Saber to sell as an upgrade for this. 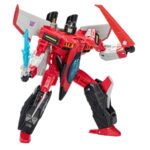 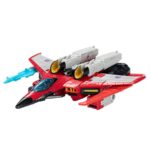 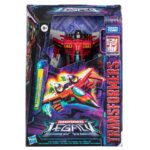 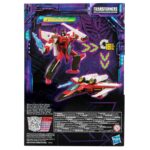