It’s another round of Dueling Production Samples. TakaraTomy, through their official Transformers Twitter account, shared some photos of a sample they have of “Netflix” Soundwave – the pretty obviously meant-for-Earthrise heavy-retool or co-engineering of Siege Soundwave. Notable in this is the red visor, which is what brings us to the current question: what color are we actually getting? 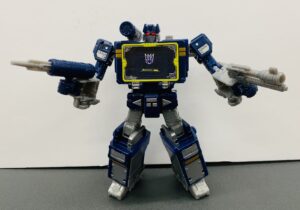 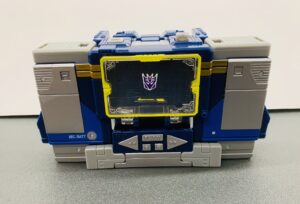 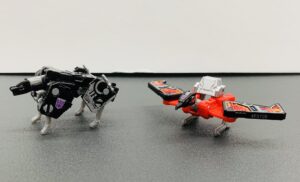 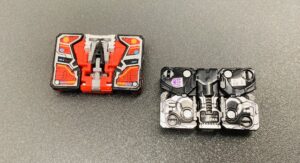 The promo renders for this Soundwave featured a yellow visor like the Siege toy had. Soon after those images were published, the same Takara TF Twitter account posted a group shot of all the round two Netflix toys, and the Soundwave there had a red visor. Along with that, Hasbro distributed official in-package photos recently which depict a red-visored Soundwave. But through unofficial channels, at least one photo came out of a sample in Asia that plainly had a yellow visor. 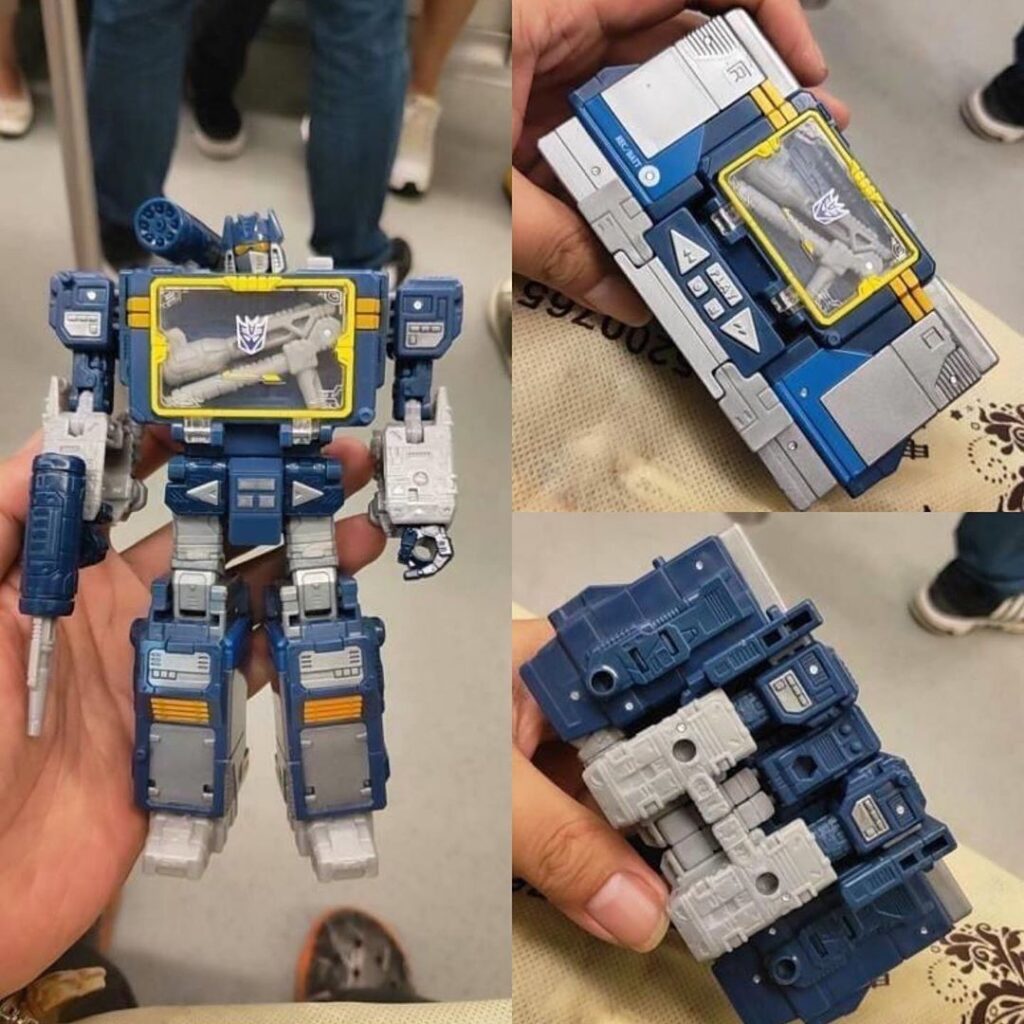 Typically, you might expect the answer to be clear cut, and that the official source should have priority. But we’ve been down a similar road before, with Earthrise Optimus. Early production samples of that toy had grey fists, a trait that carried forward all the way to the stock photography, including the boxed photo. TakaraTomy’s early sample for their promo photos was even more crazy. And then there was their initial samples for the Allicon, which were lilac where they should have been grey. Pretty as that was, it was still determined to be wrong and fixed by the factory for the regular production.

With this precedent in mind, it’s not a leap at all to think that Hasbro and Takara are both working off early samples right now for Soundwave. That’s what they have on hand, and it’s not always possible or practical to wait for revisions to go through and get to the proofing sample stage again before doing things like stock photos. But even with that in mind, I probably wouldn’t question the visor color if it was just these official source photos; Conflicts between toy and render basically would always fall in favor of plastic, because it’s what has to obey the rules ultimately. But it’s that instance of a Soundwave being seen in Hong Kong or someplace that clearly had a yellow visor that makes me stop and re-examine the whole matter.

Takara and Hasbro would have the first samples off a test production in order to order any final changes to the toy – such as deco tweaks. And only after that’s done would production proceed. And that’s the point when units might walk out of the factory unofficially. The yellow-visored Soundwave can be reasonably believed to be from the actual production run and represent what we’ll see on shelves in the coming weeks.

As it is at the moment, there’s no way to know for sure unless an official source steps up and tells us directly what color it’s going to be. We kind of had that happen with Rotorstorm, when the Hasbro reps on a stream said that the sample they showed previously was made wrong, and the issue got corrected for the production batch. But regardless, the issue of Soundwave’s visor color is far from clear cut right now, despite what we’re seeing via official channels at the moment. We’ve been down this road before, and the early stock photos and all got proven wrong. So the yellow visor is far from off the table right now.