As predicted by last week’s leak, TakaraTomy had the official reveal and launch of preorders for the second Masterpiece Trainbot, MPG-02 Getsuei. If you don’t remember which Trainbot Getsuei is, that’s okay; nobody else does either. But he’s the one that becomes a very square electric locomotive if that helps any. You might also better recognize him as Raiden’s right leg.

MPG-02 follows suit from Shouki by being a highly detailed model train in alternate mode, with the bonus features of having robot and combiner limb modes too. Accessory offerings are similar to Shouki as well, consisting of one rifle, train tracks, and detail parts for the train mode. Getsuei seems to have slightly different tracks than Souki. It comes as two segments, and while there are round holes spaced along the center line, these pieces appear to lack the large rectangular slots seen on Shouki’s track that were theorized to accept Masterpiece display stand arms. And in a move that’s sure to drive some people up a wall, Getsuei’s track segments appear to have a lighter color road bed than Shouki’s. 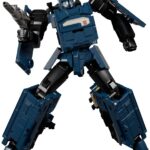 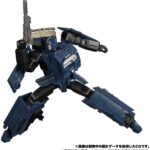 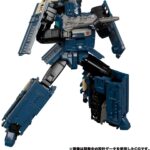 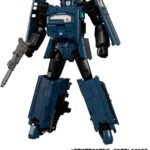 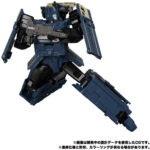 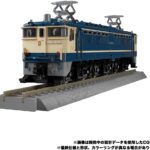 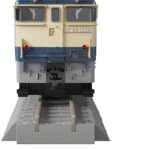 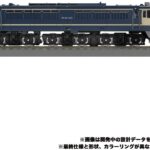 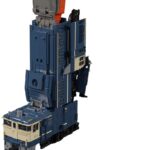 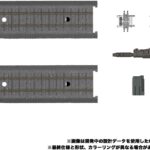 Getsuei’s list price at launch is ¥16,000 (before tax, which brings it up to ¥17,600), which is ¥2000 less than Shouki started at. It’s been believed among the fan community that Shouki’s price was dropped after the preorders opened due to lower-than-projected sales, and following that logic one might assume they started Getsuei lower from the start to avoid repeating that outcome. But that’s probably not it at all.

Getsuei’s train mode is going to be significantly smaller than Shouki. The real world trains these are emulating have lengths of 54 feet and 82 feet, respectively. At the HO scale Shouki was previously determined to be, that puts getsuei at just 7.5 inches long as an engine, versus Shouki’s 11.5. We can also theorize that Getsuei’s engineering might be a little more simple by only needing to become a leg, rather than the contortions needed to make a train shape be a giant robot’s chest. Hopefully Getsuei’s height in robot mode will be similar to Shouki, but overall the clues available suggest it will be a smaller and more simple figure at just a slight reduction compared to the ¥18,000 Shouki got marked down from.

Getsuei is currently projected for release in September of this year. It’s unknown when the next announcement will follow, though we can guess it might come around April, with the train scheduled to arrive in December. Buyers will have to wait at least that long for the first possible chance to start combining their Trainbots, as Getsuei and Shouki can’t get very far without the individual that forms Raiden’s shorts. And if TakaraTomy goes for the left leg next instead, the wait for the Gattai part of Masterpiece Gattai will be even longer!