You are here: Home / RFC News Desk / Masterpiece Crosscut And Nightbird! Plus, A First Look At Cliffjumper?

After a leak that seemed like it was probably legitimate, TakaraTomy has revealed not just a Masterpiece Nightbird, but also Masterpiece Crosscut! Nightbird is indeed MP-55, being sold as Nightbird Shadow, much like the Legends series toy a few years ago. As a retool from Masterpiece Arcee, this Nightbird is very much the successor of the LG-15 Nightbird. This fact was evidently not lost on the designers, since among the new ninja-themed accessories are a pair of swords that match the design of the earlier toy. Nightbird Shadow also comes with a pair of sai, a pair of shuriken, two light sabers, two pistols, blast effects, an optional face based on Hayato Sakamoto’s art. It also has one other piece whose purpose is not immediately clear from any of the stock photos. 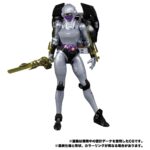 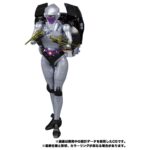 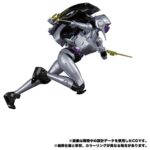 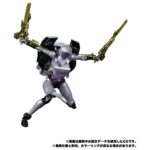 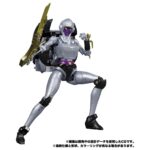 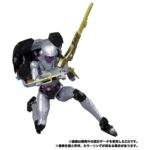 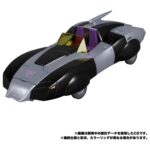 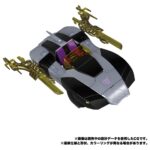 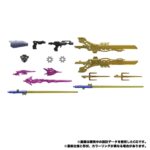 Crosscut is MP-53+, and TakaraTomy wants you to know that he holds public office as a senator. Senator Crosscut may be an invention of the 2005 IDW comics continuity; when introduced through eHobby, Crosscut was Cybertron’s ambassador to other worlds. Crosscut is a redeco of the Reboost version of the Masterpiece Honda City body type, and comes with many of the same accessories, including the scooter. Though notably Crosscut omits the driver figure. 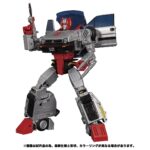 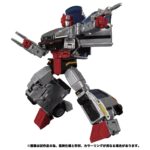 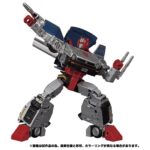 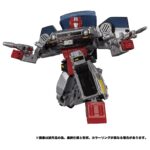 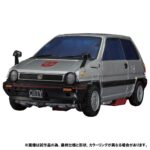 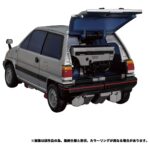 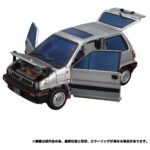 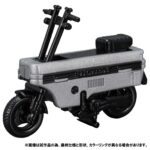 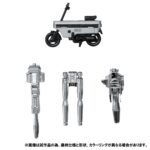 In Japan, Crosscut is exclusive to TakaraTomy Mall, while Nightbird seems to be general retail. For collectors in the US, both Masterpieces are being offered officially for preorder through Pulse and other fan channel retailers. Pulse has Nightbird up for $145.99, and Crosscut for $89.99. While the Japanese release dates fall in February and March, respectively, Pulse has them estimated for May and June!

We also had a first look at what is thought – and more than likely will turn out to be Masterpiece Cliffjumper. Seen originally on the Transformers Prototypes Facebook page, there are currently two photos of a black and green testshot of Cliffjumper which shares structural elements with the most recent Masterpiece Bumblebee. We’ve assumed since almost the beginning that Cliffjumper parts were part of the deal for the Bumblebee 2.0 mold, with suspicion even going as far as whether Cliffjumper was what was designed first for that engineering. It’s too early to tell how the vehicle mode has been handled, but one thing we can see for sure with this is at least one new accessory: Cliffjumper’s bazooka from the G1 cartoon. More info and photos of this or similar testshots is likely in the coming weeks, and will likely answer some of the questions we now have. 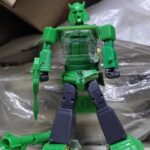 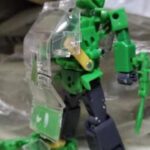