Paramount put out a series of tweets on the 15th, summarizing a just-wrapped investor meeting. While a few things were covered, one of the tweets in particular is of interest to us, where an outline is given for Transformers media over the next couple of years.

The movie Rise of The Beasts which was pushed back to premiere in summer of 2023 is described as just one out of three projects to come. The wording of this is kept brief and so ends up just a bit vague, though many are choosing to interpret it as meaning it’s the opening chapter of a movie trilogy. Later in the tweet, a CG animated movie is also mentioned, though if the trilogy interpretation is correct, this is probably being considered separately from that lineup. The animated movie is currently slated for 2024.

In the much nearer future comes a new TV series. Transformers: EarthSpark will be carried by Nickelodeon, and is due to debut this fall. Once Paramount’s announcement hit, Hasbro quickly followed up with some publicity stills and a short video clip from the CG series. The featured robots have a very stylistic design, with traits that might seem just a bit familiar to some keen observers. As it turns out, fan favorite artist Nick Roche has been working on this project as a character designer! With that detail in mind, it becomes very easy to see some of the hallmarks of his style present on the few all-new characters shown so far.

That is, however, roughly all we know about the series at this moment. Plot, cast, and production information is still largely TBD. The fall debut is said to be a global launch, so theoretically everyone will be getting the show at once. But at this early stage we can’t even be sure that “global launch” means more than, say, the US, Canada, the UK, and maybe Japan getting the show at approximately the same time for instance. Whichever way that element shakes out, we have plenty of time for more details to be revealed about EarthSpark. Like maybe what the title is intended to mean.

And in even sooner news, we’ve got a start date for the long-awaited BotBots cartoon! BotBots will be exclusive to Netflix, and as originally revealed in a tweet from Netflix Family (which has since been deleted. uh, oops?) the cartoon that some feared might never see the light of day will premiere on the platform on March 25th. The tweet included a banner-style image for the show along with three other titles, which gives us a first look at the art style for the show. But as with EarthSpark, that’s about all we have. Boulder Media also tweeted about the announcement after the Netflix tweet went up, so we at least know who produced this show even if we have nothing else right now.

While it might be too much to hope to have the BotBots cartoon be used as a jumping off point to get the line back in stores, we can probably expect to start hearing about toy support for EarthSpark in the fairly near future. With the timing of the cartoon reveal, there’s a distinct feeling that the toyline might have been planned for reveal at Toy Fair which was originally scheduled to happen this coming weekend. With that plan ruined, we might have to wait a little while before we get to see anything, but I’d bet it won’t be long. 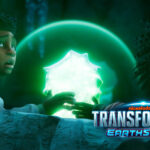 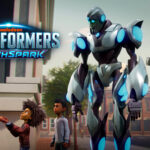 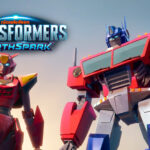 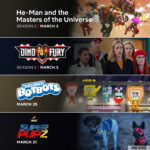