You are here: Home / Archives for All Podcasts / Radio Free Cybertron - All of our Transformers podcasts! / RFC Mini-cast 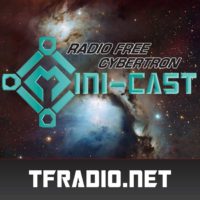 John and Brian reminisce about G2, what it meant in the early 90s and what it means today. Also they chat a bit about the later part of G.I. Joe A Real American Hero, that radical early 90s color explosion that was out to save the world, eliminate drugs and fight terrorism.

On the RFC Mini-cast, John, Exvee and Matt muse on the latest Legends toys, Combiner Wars finest (and first?) moments, and more.

On this episode of the RFC Mini-cast, John, Exvee and Matt discuss the Titans Return Blurr and Blaster, as well as Combiner Wars Computron.