It’s the PulseCon pre-game show this week, and that can only mean one thing: paid publicity articles revealing new toys in advance of the livestreamed brand panel! And sure enough, IGN was out this morning with the first look at two toys from next year’s Legacy Generations line. And remarkably, this was a true first look, as these toys are probably so far off from being released that it’s next to impossible for anyone to have stolen any copies or even testshots yet!

The preview reveals today are Deluxe Skids, and Voyager Transformers Prime Bulkhead. Skids takes pretty closely after the G1 design, while Bulkhead… goes another way. Both toys have some serious boxiness to their robot modes, but while Skids might appear to be a touch on the wide side, he is at least sort of supposed to look that way. Bulkhead can be said to be reimagined for integration with a Generations series, but largely it’s just plain to see that Bulkhead is the “extra” use of a mold designed to be another character. In this case, it’s supposedly a Generations take on Beast Hunters Optimus Prime, which is actually really easy to see working with this design. 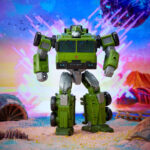 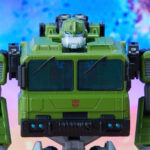 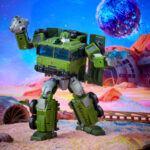 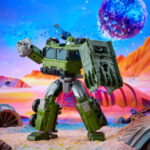 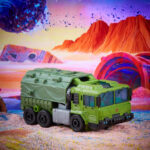 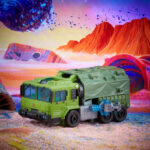 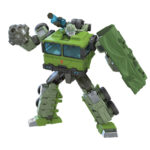 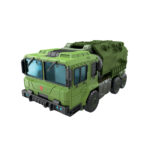 Bulkhead is a military transport truck, not entirely unlike we’ve seen with movie Hound previously. The tarp cover for the bed of the truck can have its panels flipped and used as a shield, or be attached to the robot’s back for storage and/or a cape. If this mold is designed with Beast Hunters Optimus Prime in mind, then we can expect reasonably that this tarp element would be replaced with the winged flight unit from that iteration of Optimus Prime. 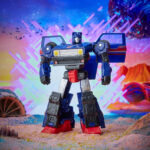 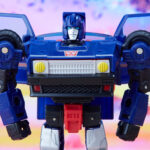 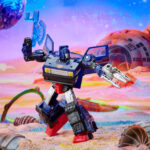 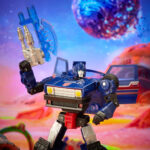 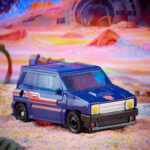 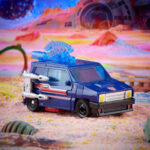 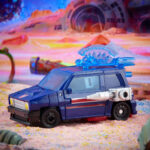 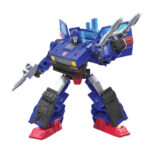 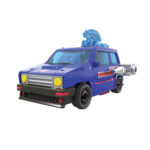 Skids is a little less remarkable overall. The toy is all new parts, but does visually show indications it might share some engineering or design cues with the Earthrise Smokescreen mold family. Again, no reused parts are present, only some engineering may exist in common. What caught my attention in particular with both toys was the presence of translucent blue “extra” accessories. Skids comes with an axe, and Bulkhead a tiny machine cannon. What makes them notable is each having 5mm pegs and ports. An obvious application of course is to simply integrate these elements with the accessories the toys come with. But it seems like a bigger play pattern is here, where customizable super weapons are a distinct possibility. This would throw back to a few classic gimmicks, including Energon Weapons from Energon/Superlink, Solitarium weapons from Robot Masters, and the entire Arms Micron ecosystem from the Japanese release of Transformers Prime. It’s an interesting bonus feature, and something that might compel purchases of otherwise unappealing toys, for those with a particular mind set. Like me.

IGN’s article states that these toys will be put up for preorder on Pulse and other retailers after the Transformers brand panel on Friday afternoon. We’re not sure yet exactly what the target date is for these to start shipping, but February or March of next year at the earliest is very probable. It seems advisable to go ahead and try to get those preorders locked in, before the next price increases have a chance to happen in the meantime…